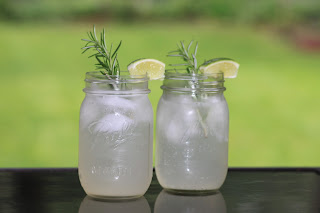 Here’s how this cocktail came to be:

1. June is rosemary month, so obviously a rosemary cocktail was the way to go
2. We have not one, but two Costco bags of  limes on hand (not really sure what we were thinking) 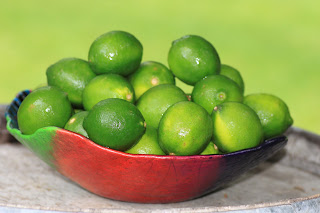 3. As of June 1, in Washington state you can buy liquor at the grocery store vs. a liquor store, which means we can buy our beloved Kirkland Signature Vodka at our local Costco! 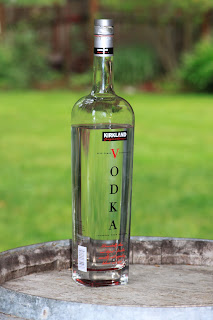 4. A soda stream sits on our counter so we can whip up club soda, aqua con gas, sparkling water, whatever you like to call it, any time we want … which is really nice when cocktail hour hits and I’m thirsty!

This was really light and refreshing, similar to a mojito and would be awesome on a hot sunny day. Of course we made it on a rainy day, but now we’ll be ready when the sun comes out. And since I  had the rosemary simple syrup already made up, later in the week I mixed it with a little lime juice and added club soda for a fun mocktail. 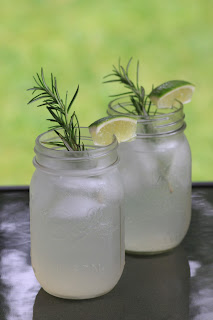 Combine all three ingredients in a small sauce pan over medium heat. Bring to a boil and allow the sugar to dissolve. Remove from the heat, cover, and allow to rest for 30 minutes. Remove the springs of rosemary and allow to cool. Store in an airtight jar in the fridge.

Posted by Emily Adamson at 6:55 AM