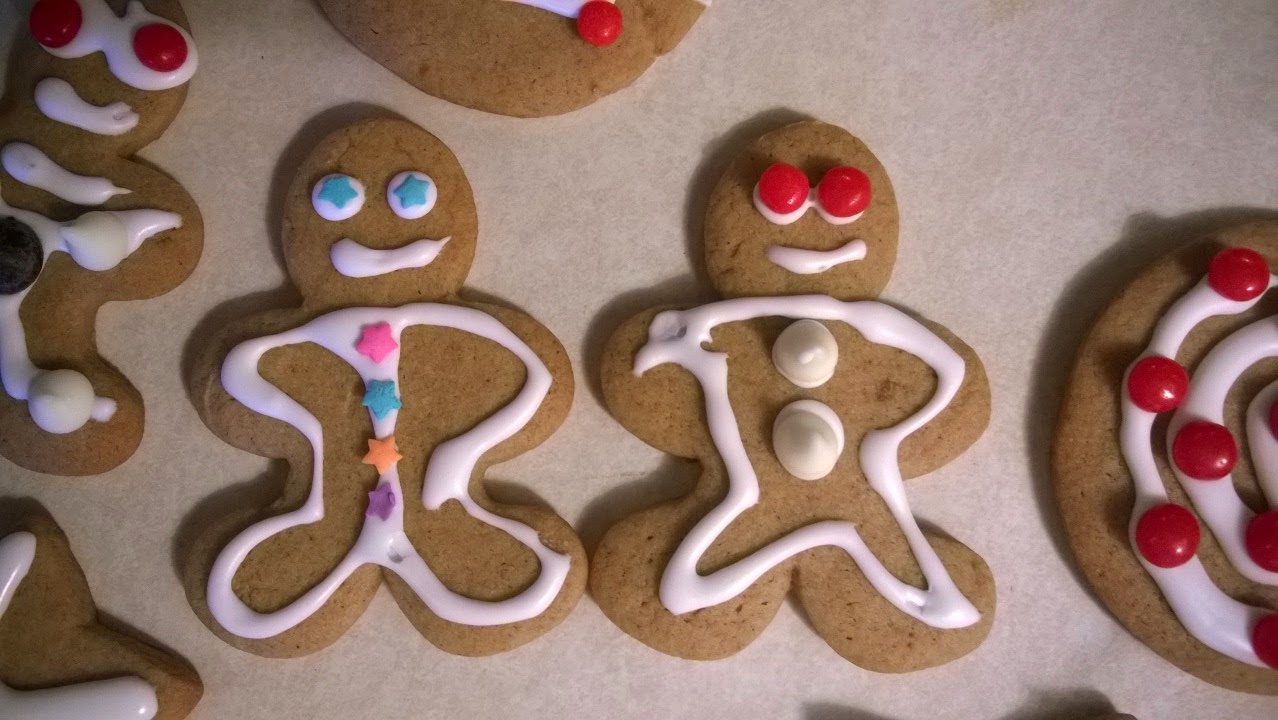 I have to admit I’ve never been a fan of Gingerbread Cookies. They’re sort of hard and taste a little like spicy cardboard. But we just got this adorable Christmas book called “The Gingerbread Mouse” that comes with a recipe for gingerbread cookies, which prompted my children to ask if we could make them. I thought, sure, that sounds fun, even if they aren’t worth their weight in calories. But I was wrong! These cookies are damn good. Contrary to the visions of gingerbread cookies in my head, these were soft, moist, and, well… DELICOUS!


So here you go my friends, the first and only delicious gingerbread cookie recipe, compliments of The Gingerbread Mouse. 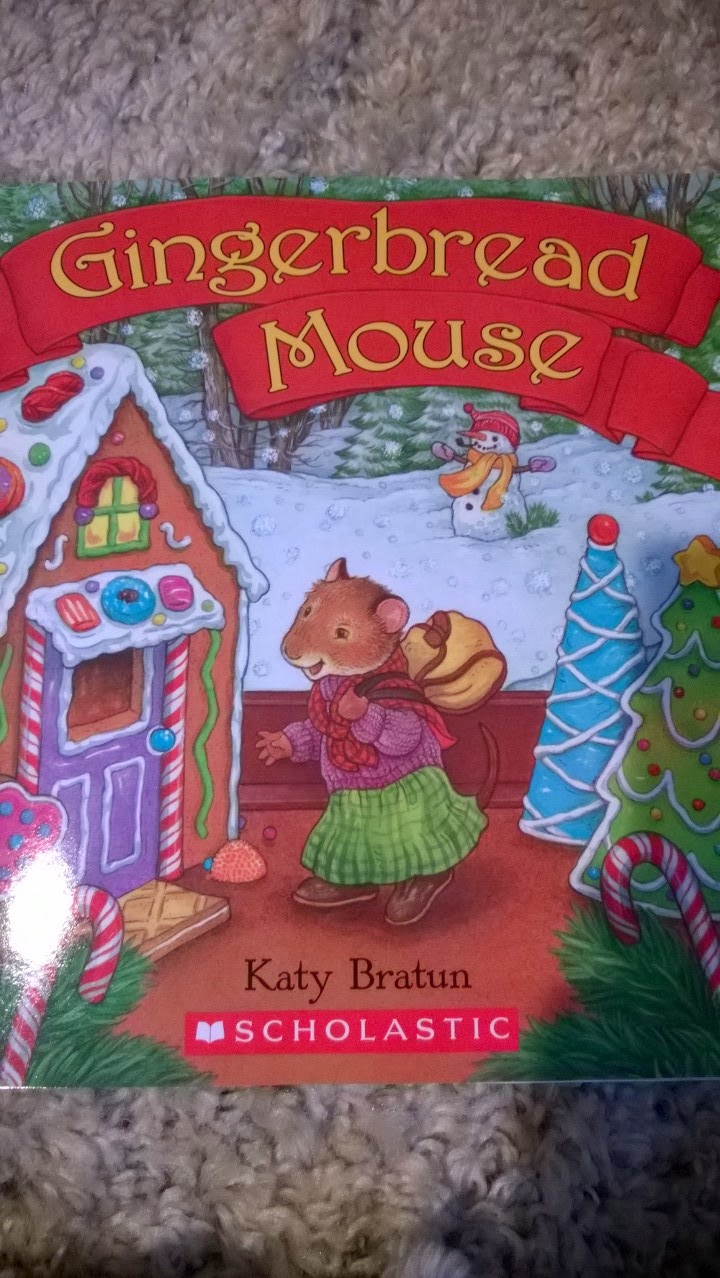 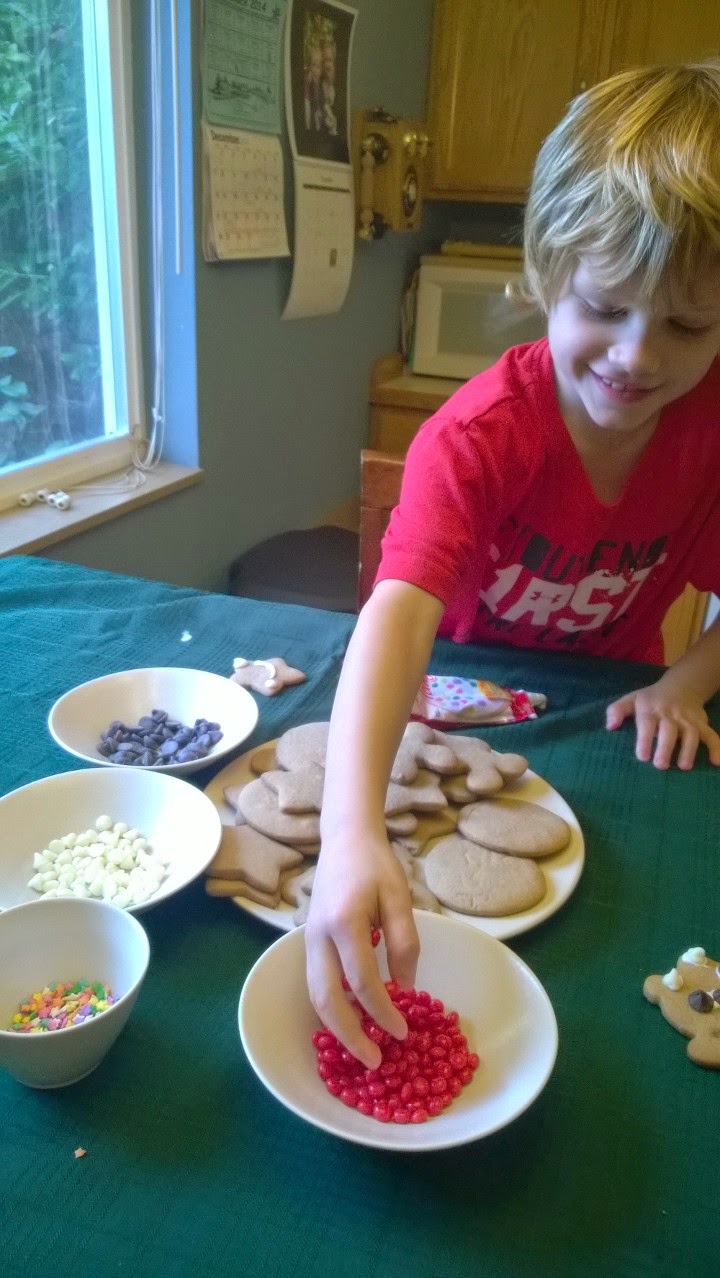 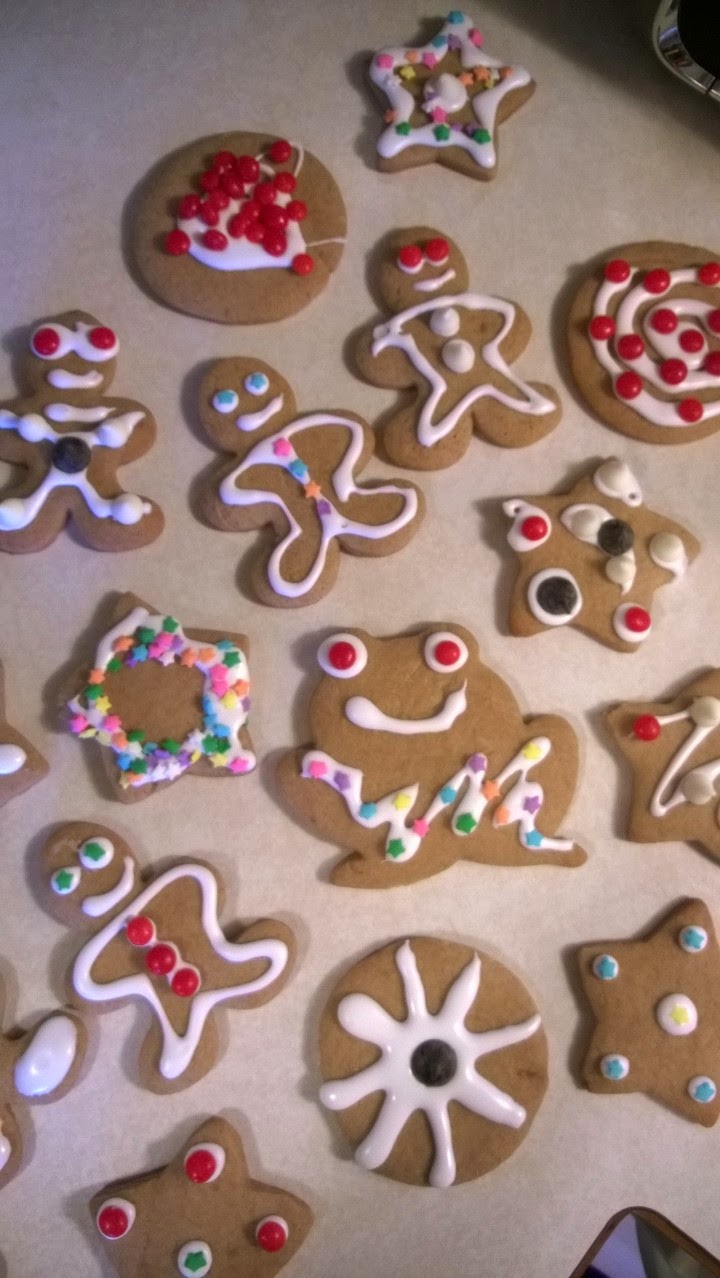 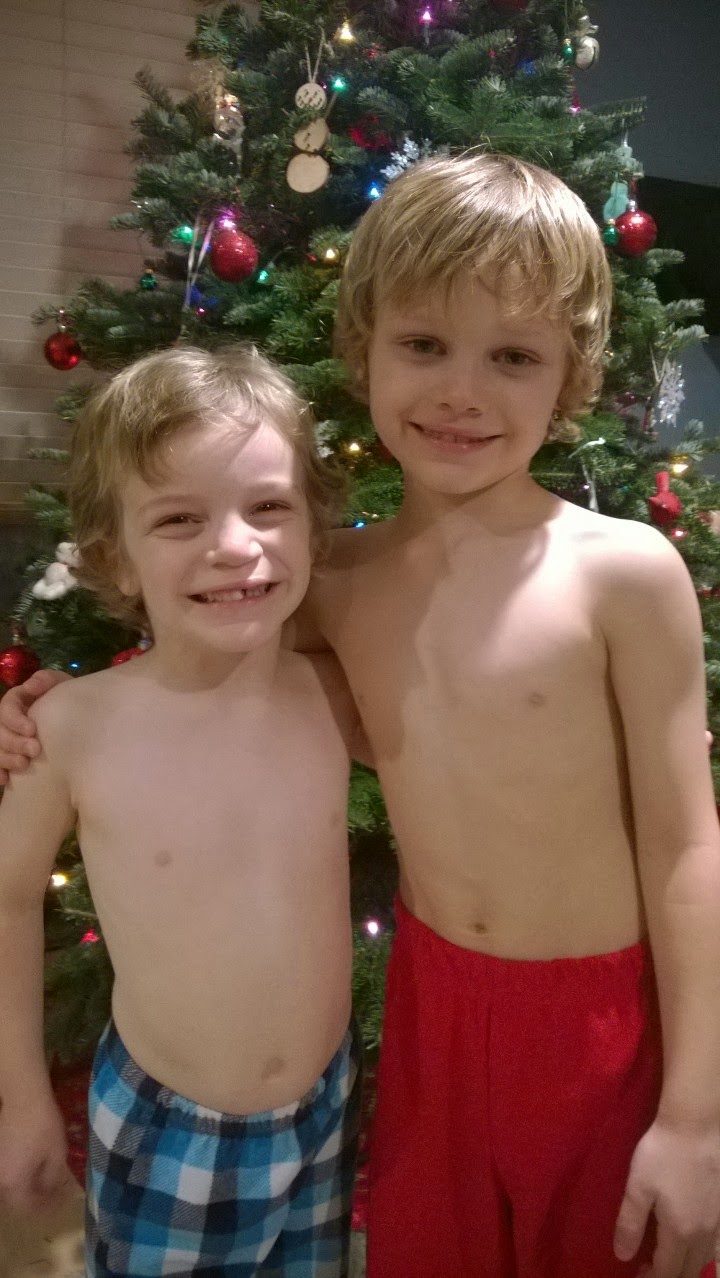 Who knew polenta was so awesome? I did not -- until yesterday. I'll be honest, it kind of creeped me out when I was slicing it up. Something about that didn't sit well with me. Texture thing. But when it's cooked, it's amazing! And yesterday was one of those days for me when I had a stroke of culinary genius putting random ingredients together from my fridge before they expired even more than they were already expired. So here we go... 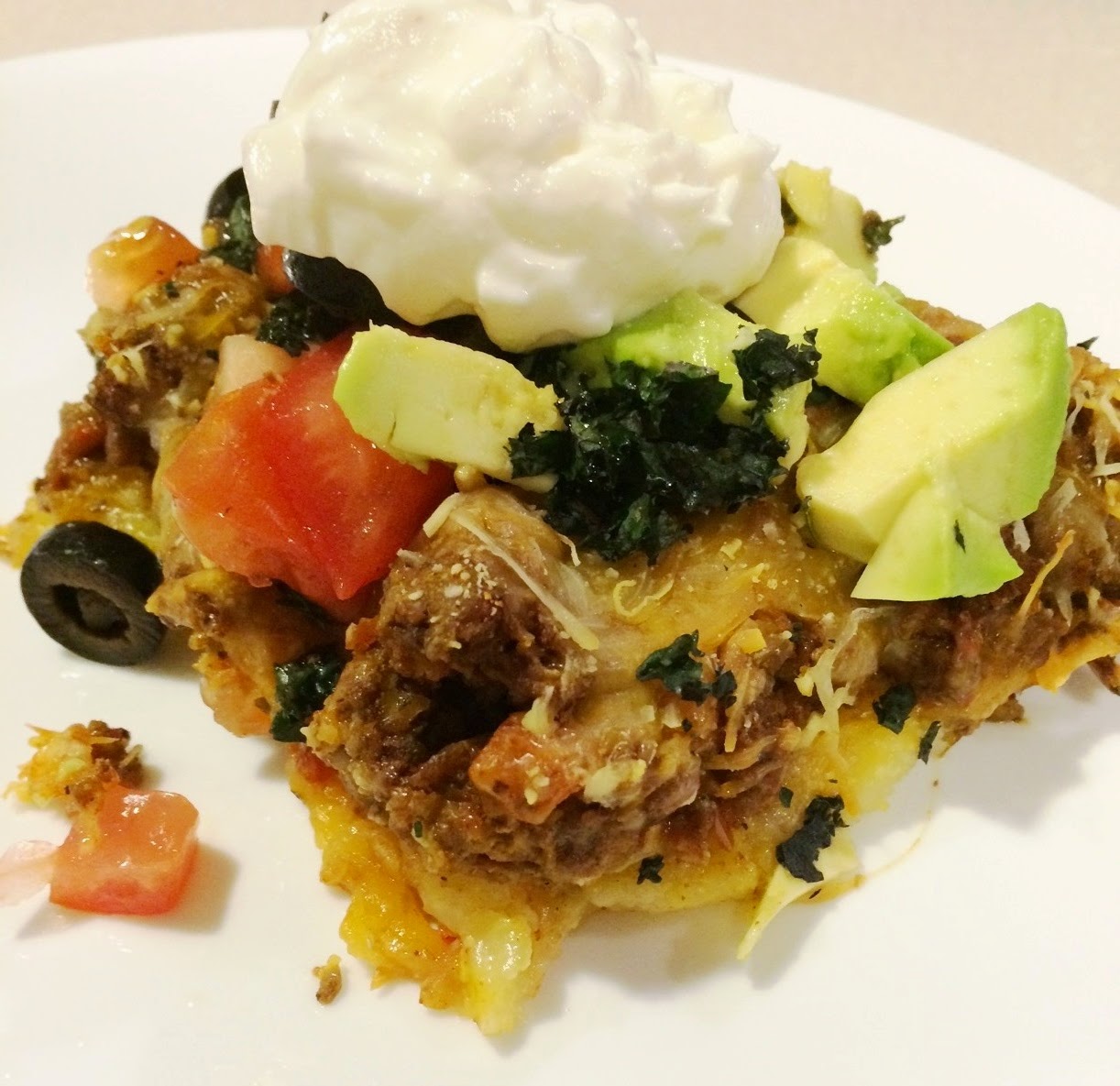 Brown the ground beef and drain. Add a half cup of water, seasoning, onions (or in my case, expired pico de gallo), and simmer till well seasoned.

Layer seasoned beef over top of polenta, then smother it in more cheese. 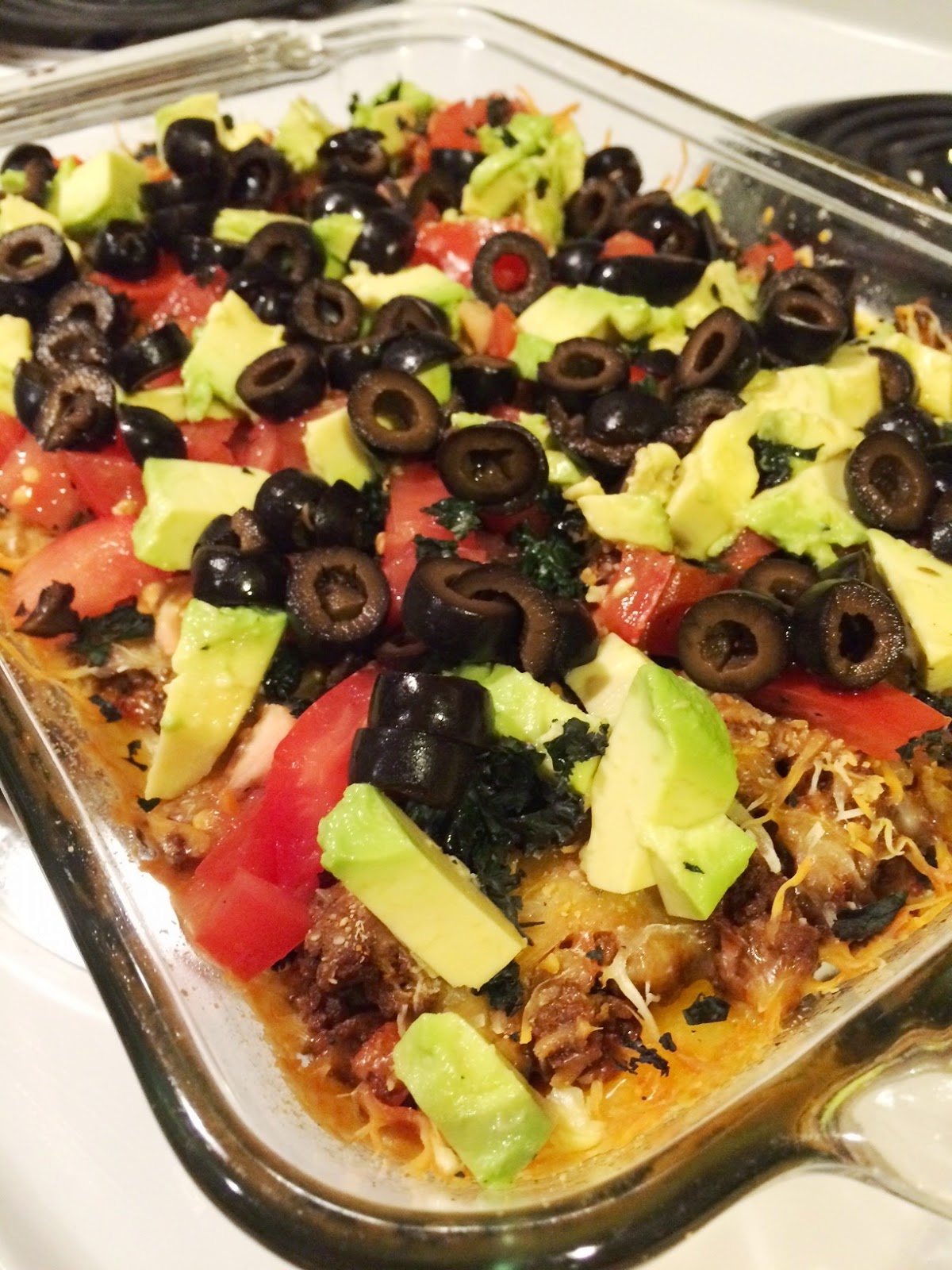 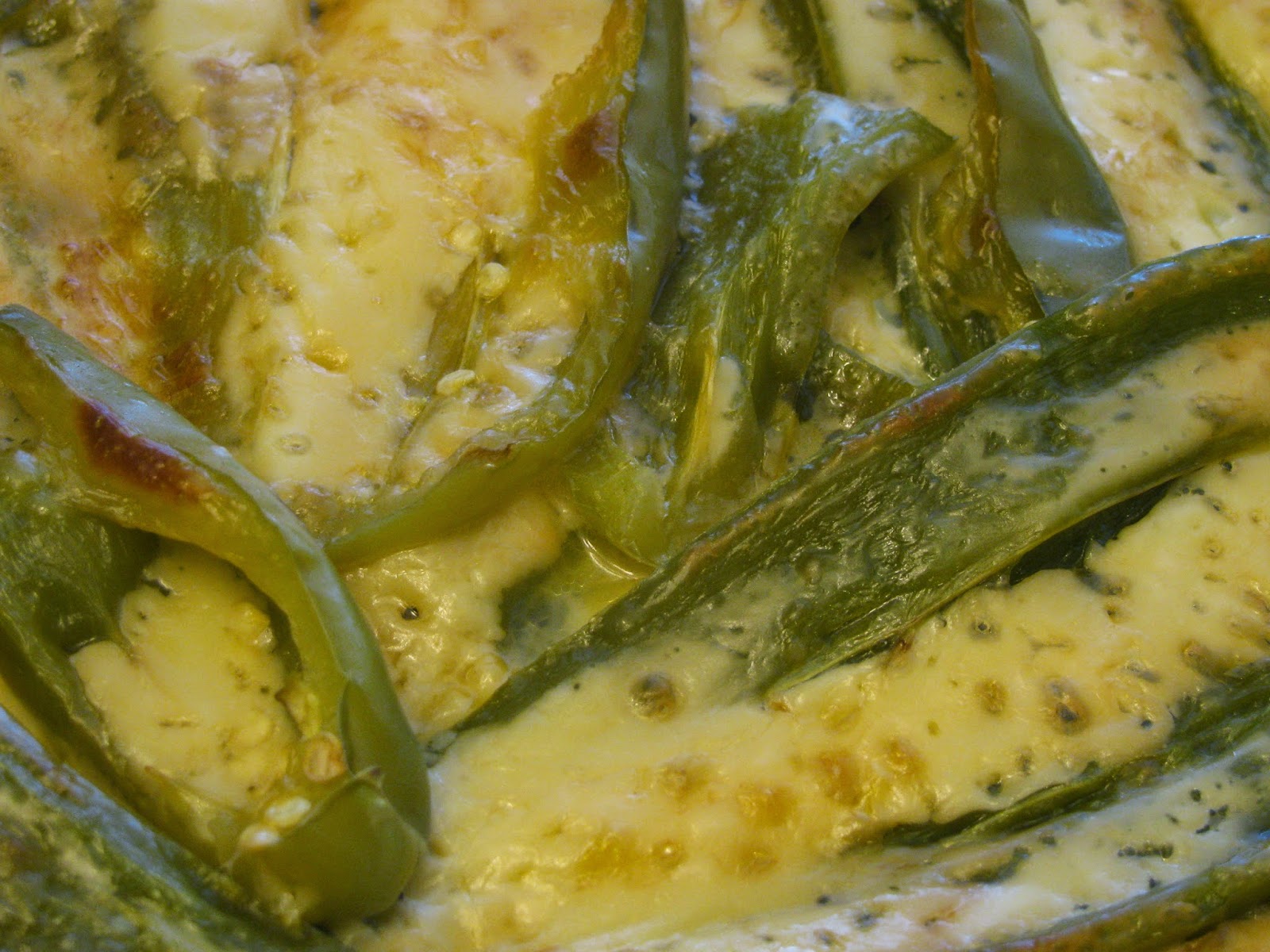 
This recipe for chili relleno is so simple you really will be smiling. Technically relleno means “stuffed” with cheese but in this case our chilies are layered with it – to make things simple for you – hence all the smiling.


I love to shop at our regional market, Haggen because of their diverse selection of original ingredients so I’d recommend their smokehouse jack and their fresh red salsa for this recipe– the smokehouse jack adds just a hint of smoky flavor and the cold salsa’s fresh and crispy jalapeños and onions make for the perfect complement to the hot, smoky taste of the melty relleno. 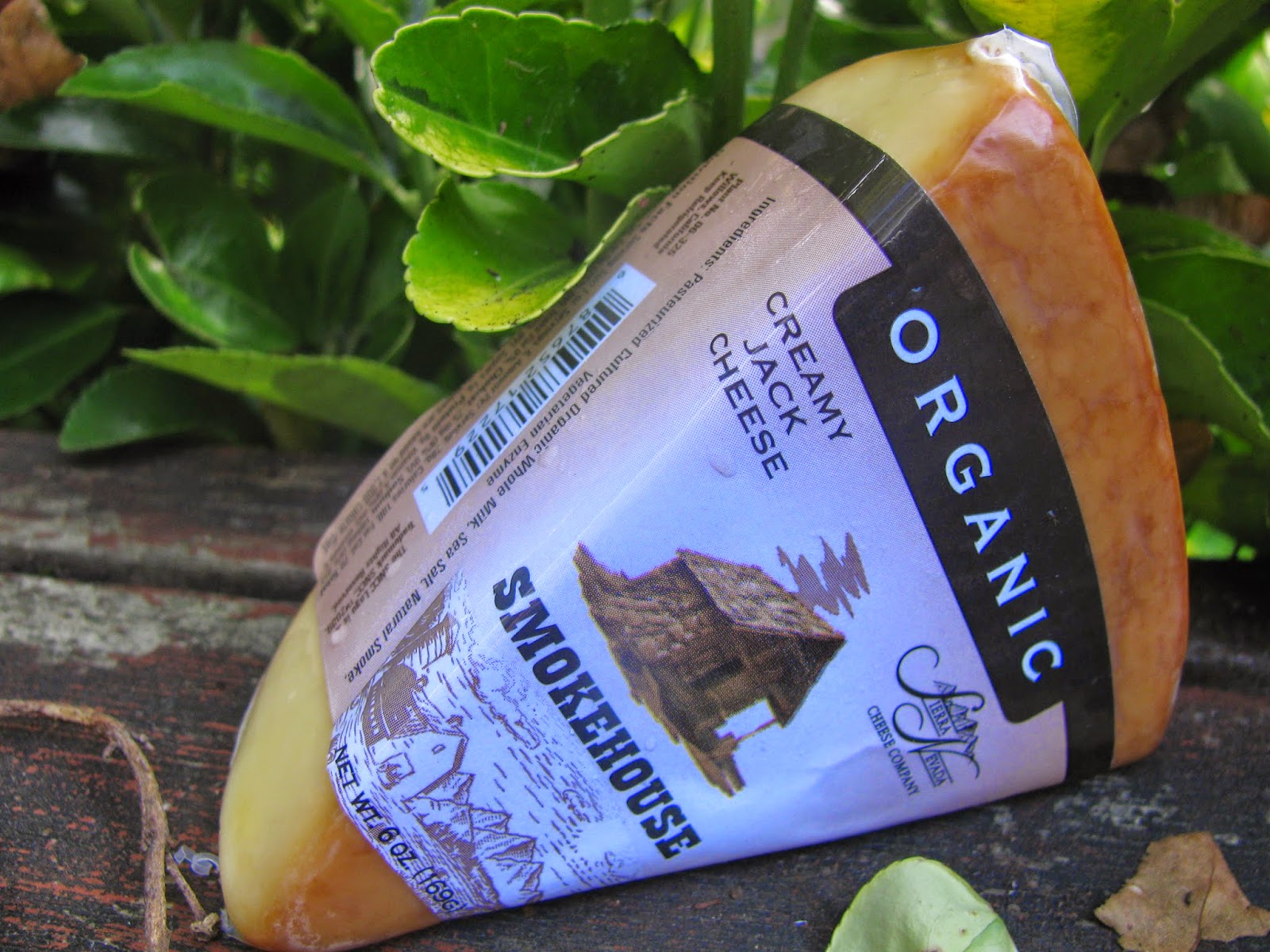 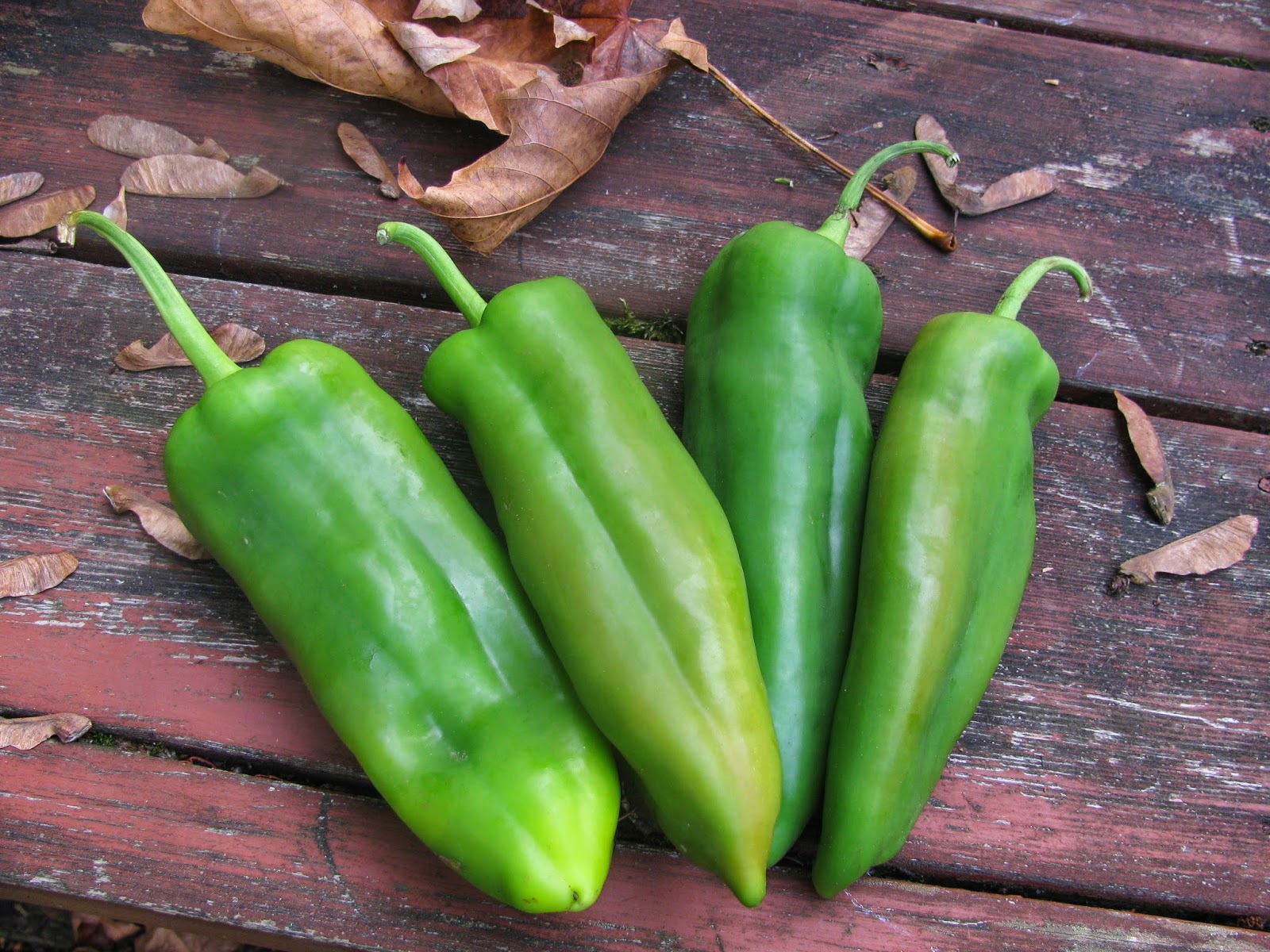 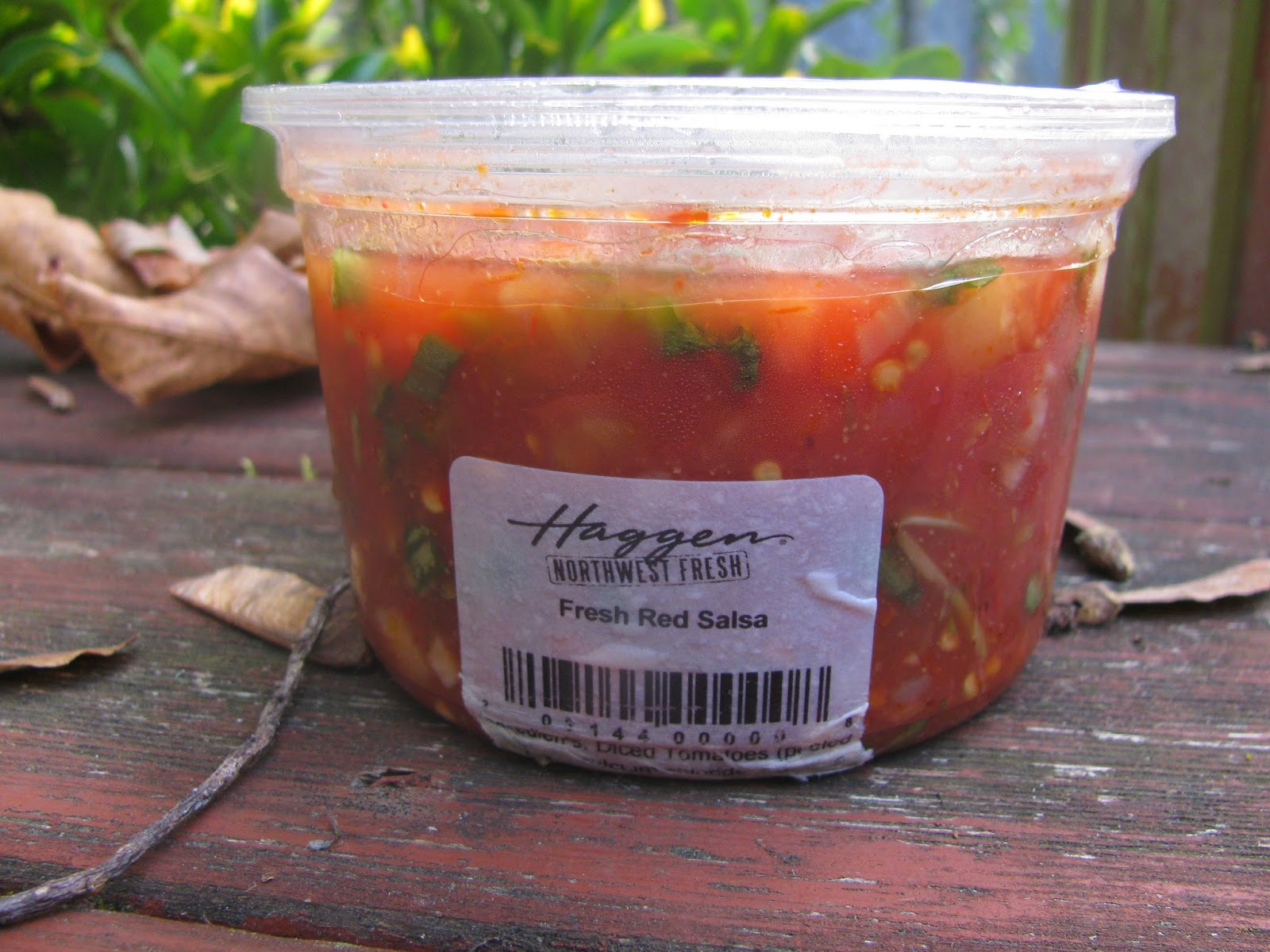 
Cut off the tops of the Anaheim peppers and slice them down the middle. Remove seeds and set aside. Cut your smokehouse jack into thin strips. Coat a square or round glass pan with non-stick spray and line the bottom of the pan with half of your cheese. Place sliced Anaheim peppers on the top and then layer the remaining cheese on the peppers. Cover with tinfoil and bake at 350 degrees for 45 minutes. Remove tinfoil and bake an additional 15 minutes until cheese browns and bubbles. 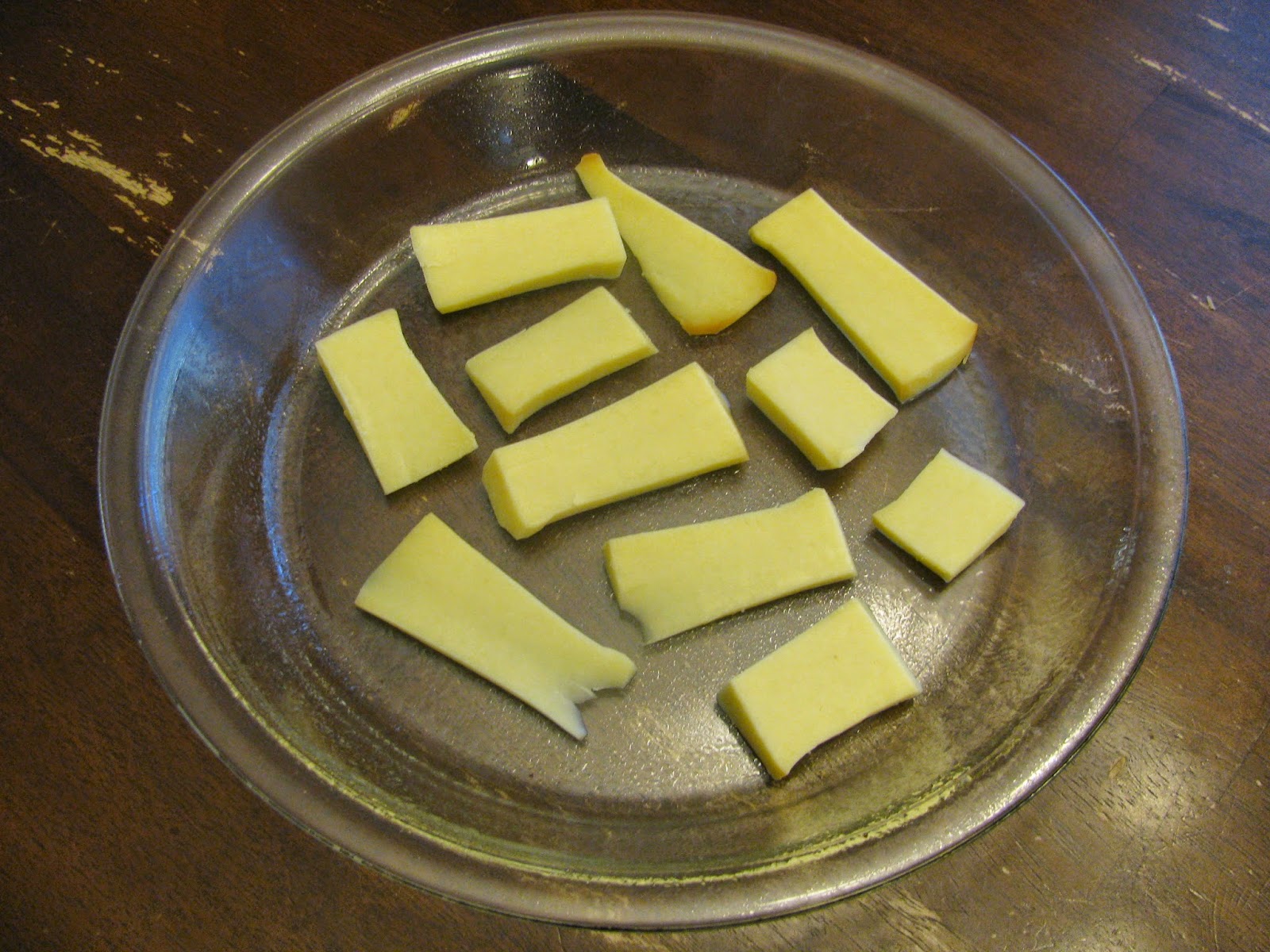 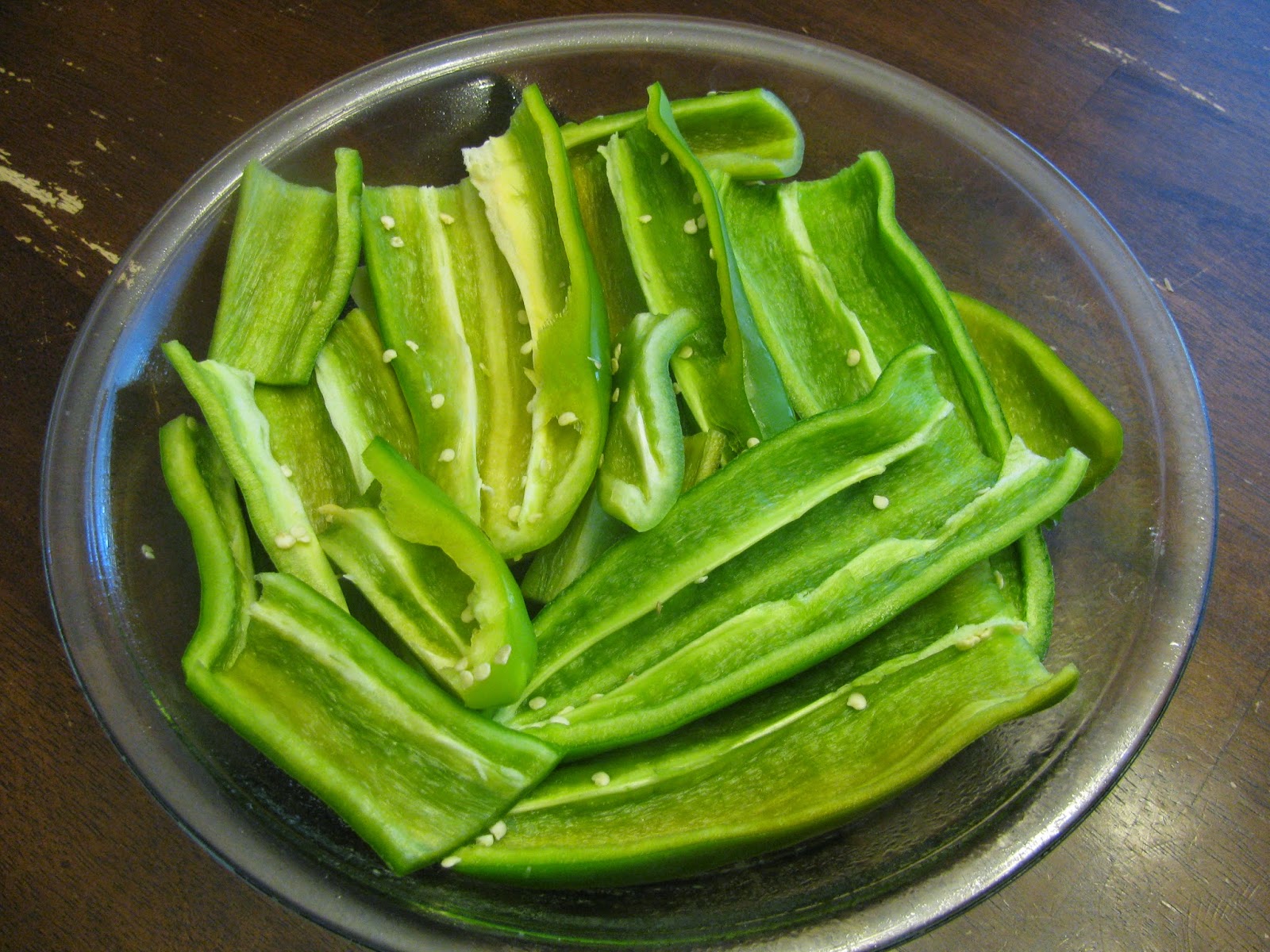 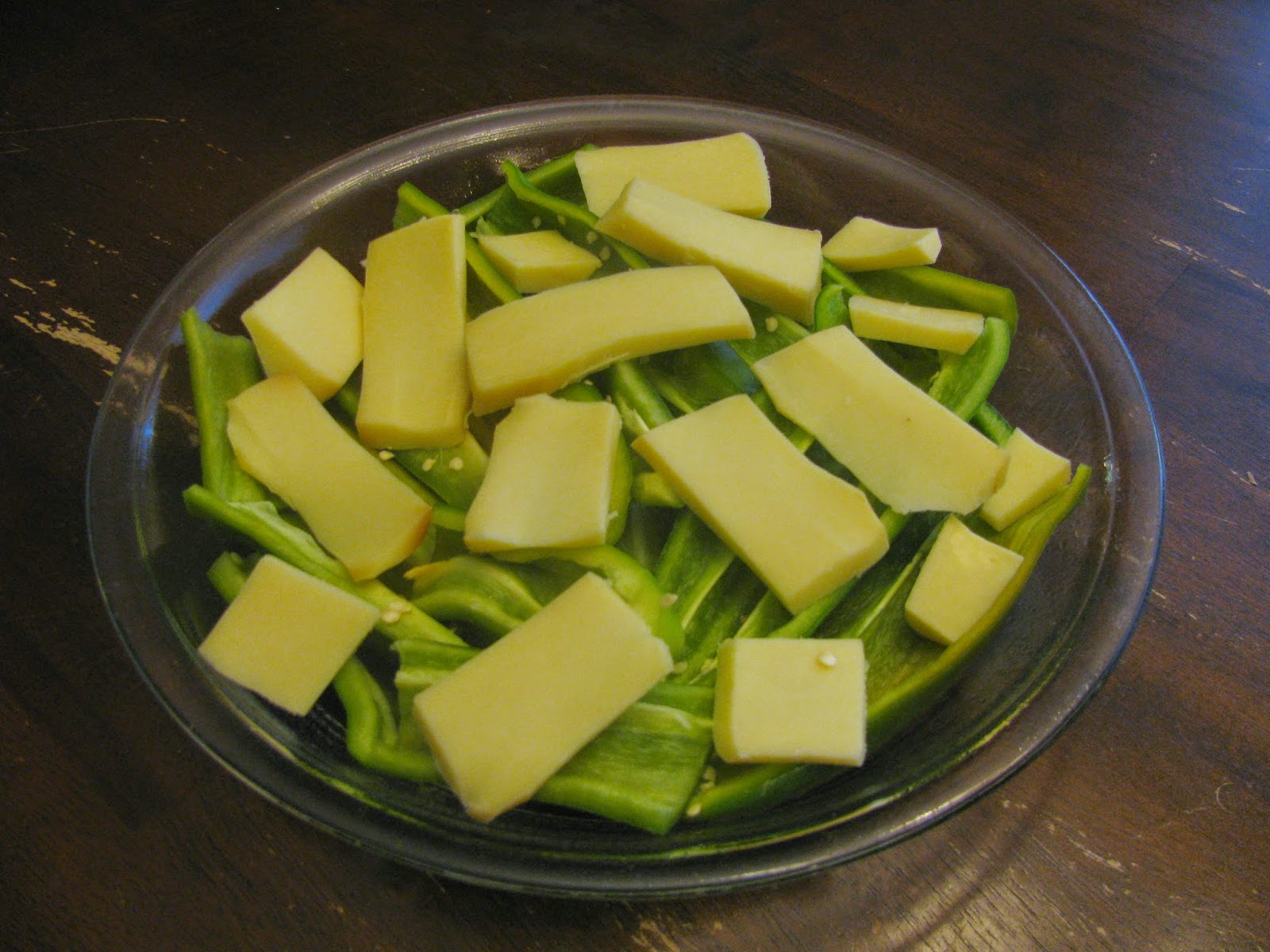 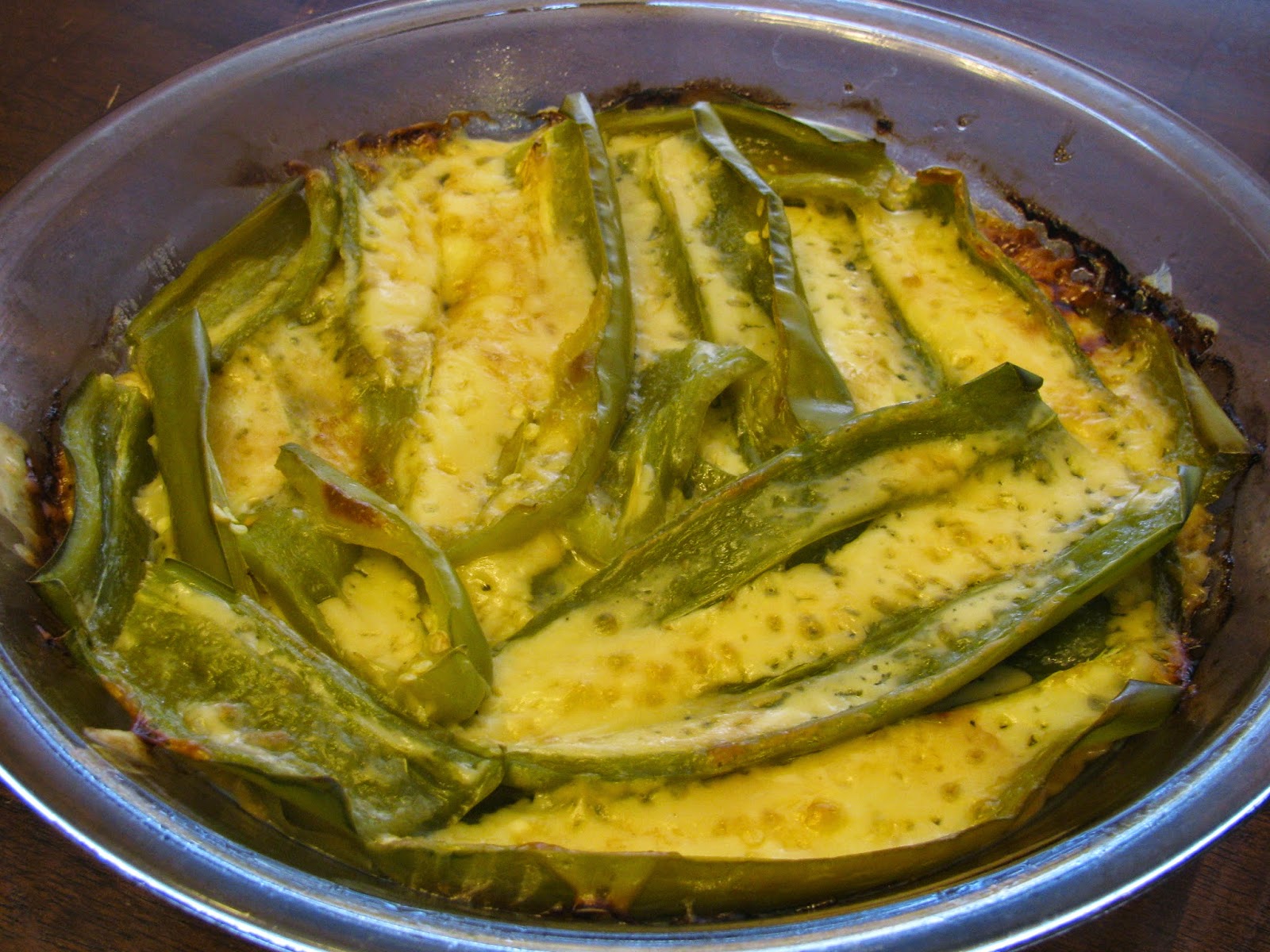 Serve with a healthy spoonful of fresh red salsa and smile, this time because it’s so so so delicious. 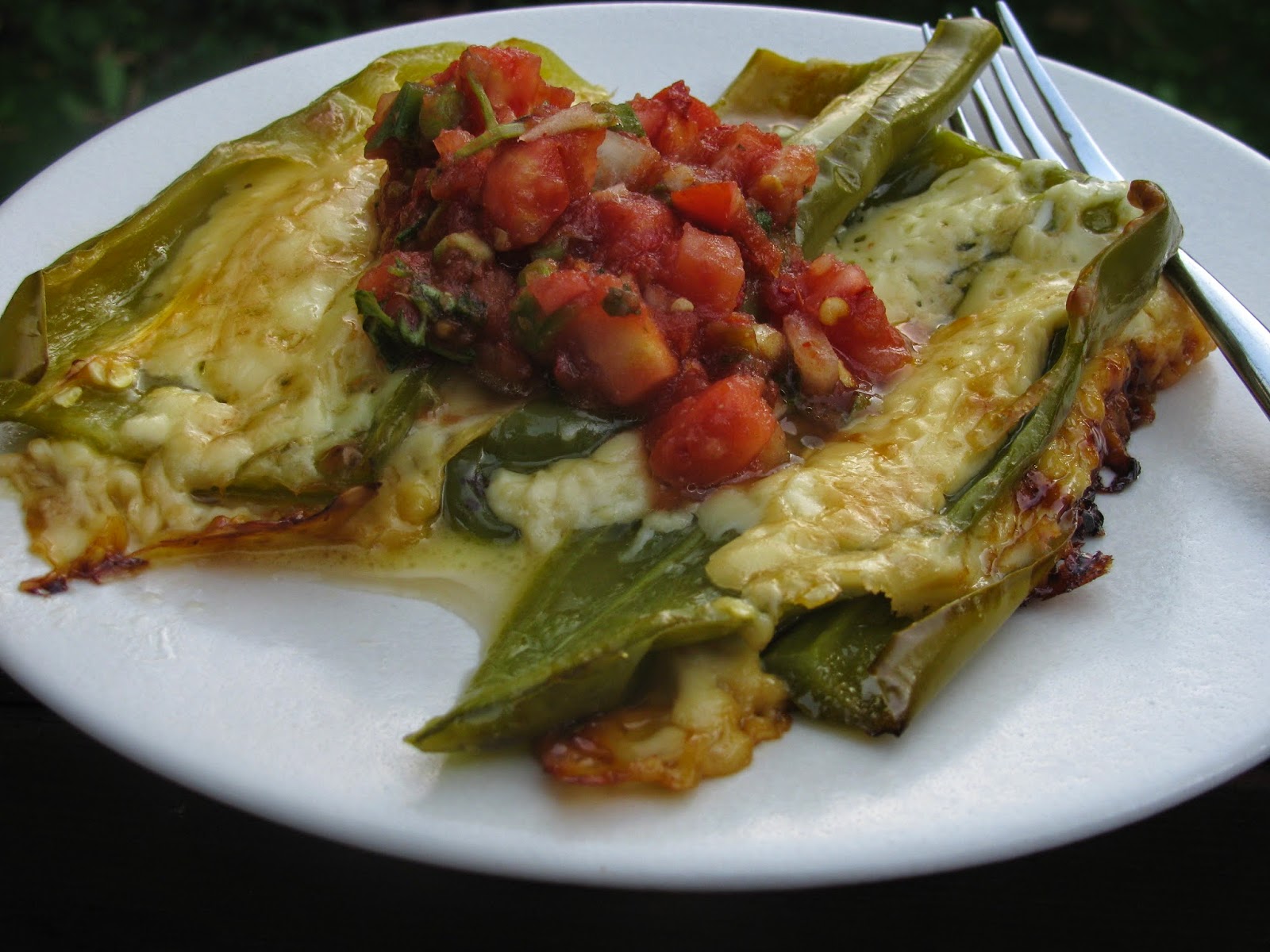 How to Make Sushi at Home 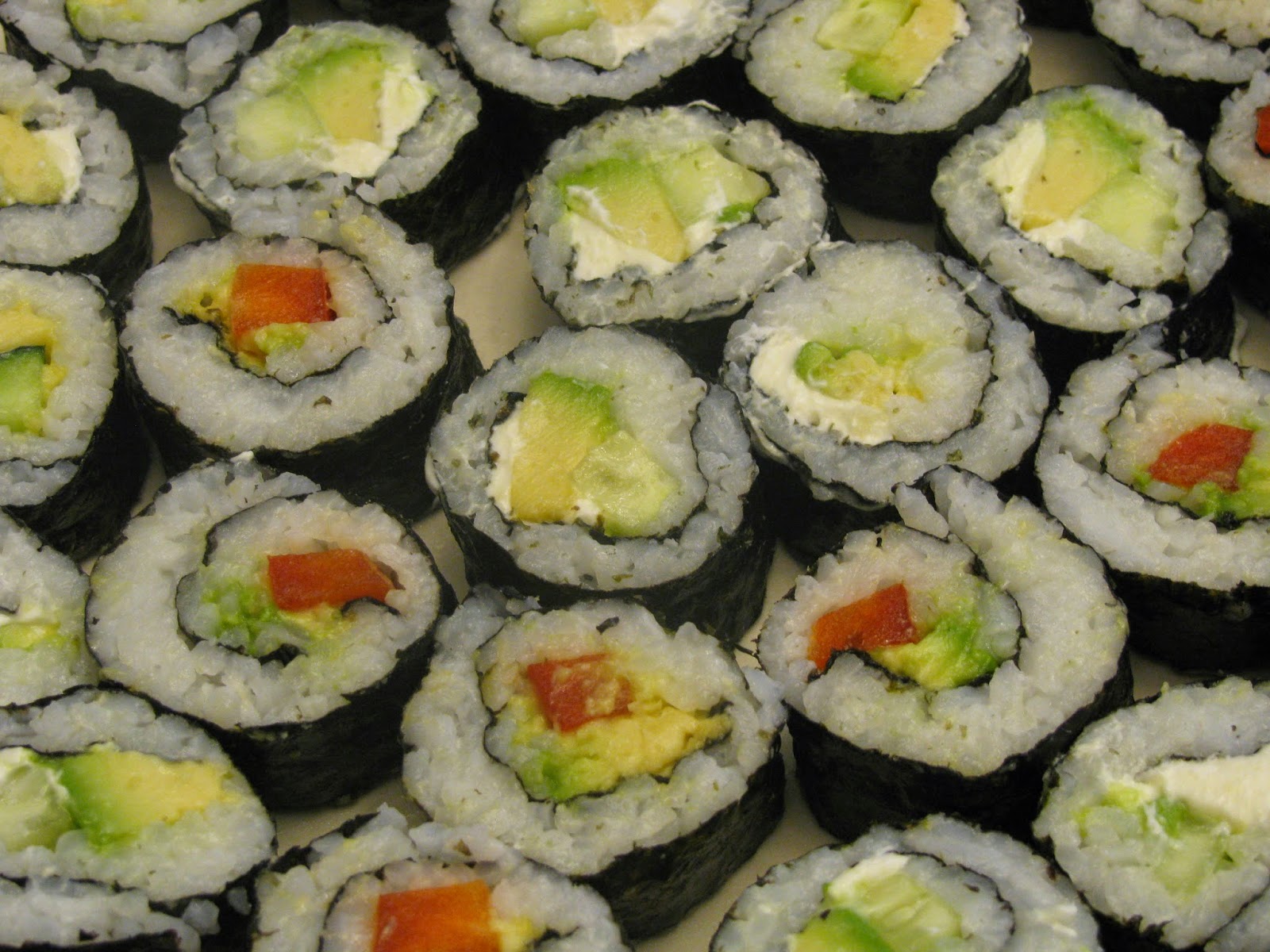 Sushi Rolls are a lot easier to make at home than you'd think. And they're A LOT CHEAPER than going to a restaurant, too.


When my brother James and I were in college we had a ritual every Sunday. It was called Sunday Sushi Sake Cinema night. He had learned how to make his own Sushi after having visited Japan on deployment in the Navy and since he had become vegetarian, we made some really amazing veggie sushi together. Who needs fish when you have ingredients like jalapeno, avocado, red pepper and cream cheese? Though this recipe is easily alterable if you want to add crab or salmon. Best when served with warm Sake, great company and a good movie.


Here are some essential ingredients that you can pick up at your local Asian Market: 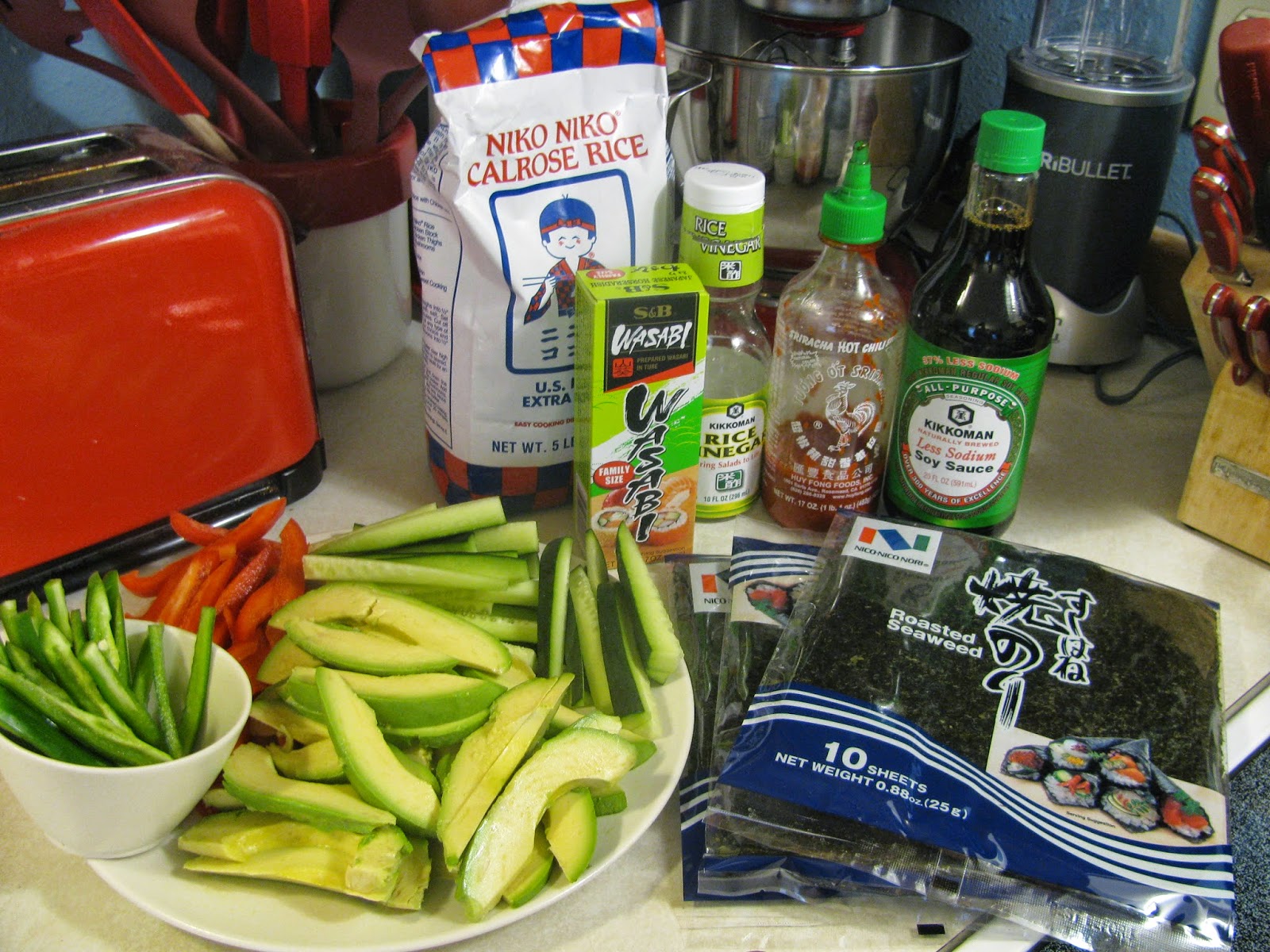 At the grocery store, get lost of yummy veggies. My favorites are:


·        To make it non vegetarian, you could also get crab or sushi grade salmon or tuna


1)      Cook at least four cups of Calrose Rice. When fluffy, add a generous drizzle of Rice Vinegar and mix. Let rice cool a bit.
2)   While Rice is cooking, slice your ingredients thinly.


3)      Lay a sheet of Nori shiniest side down on the sushi roller. Spread rice evenly on Nori, leaving about an inch uncovered at the base of the roll.


4)      Spread with cream cheese (if you’d like) and top with yummy veggies. Add Sriracha sauce in a line if you want it spicy.


5)      Roll starting at the base of the veggies and tightly push down with your thumbs as you get closer to the end.


6)      Place on a cutting board and slice in one-inch pieces with a serrated knife. If knife gets gunky, dip it in a glass filled with hot water which will help it slice through the sushi better.


7)      Serve with dipping plates filled with Soy Sauce and use wasabi to your liking. 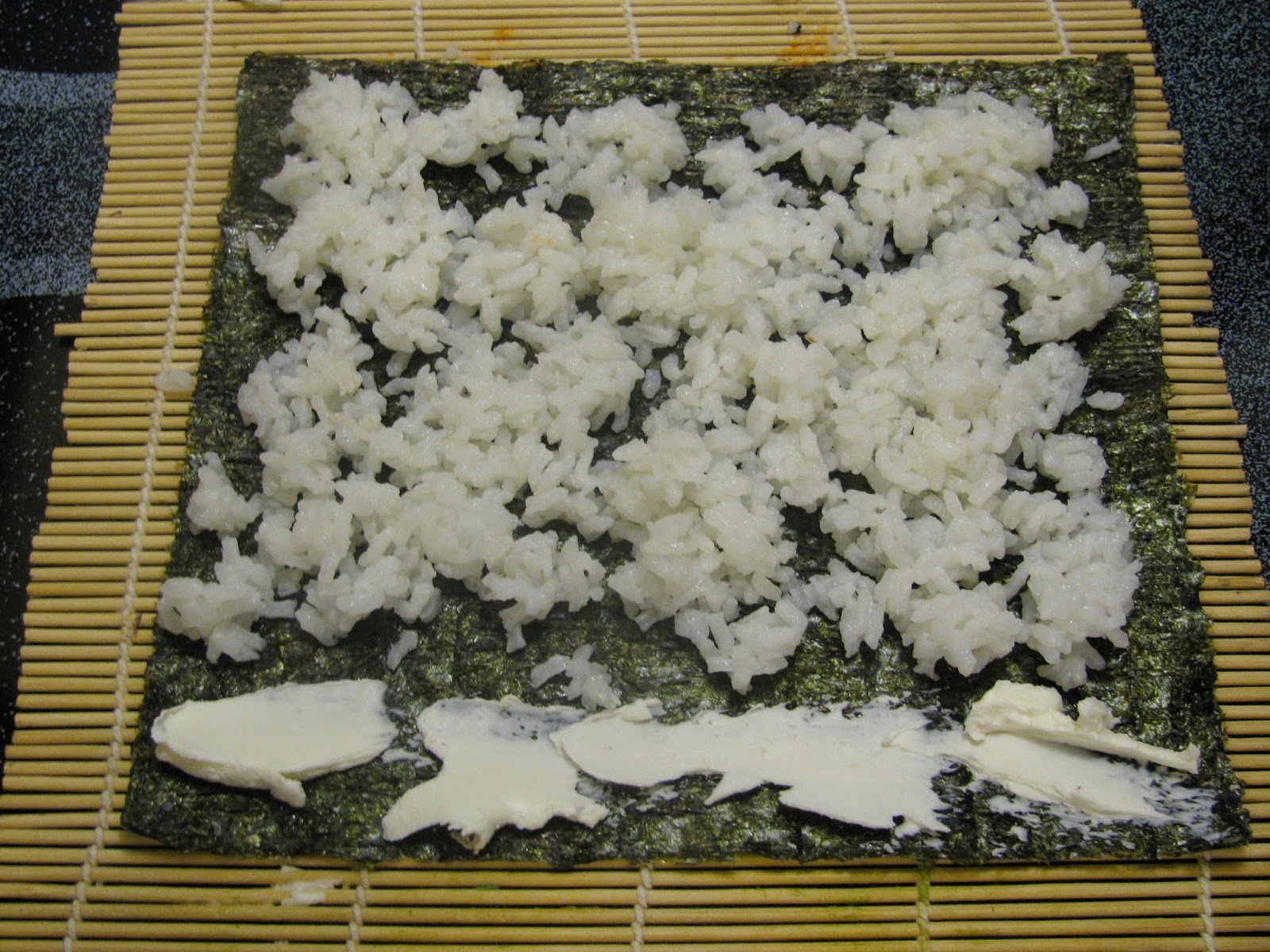 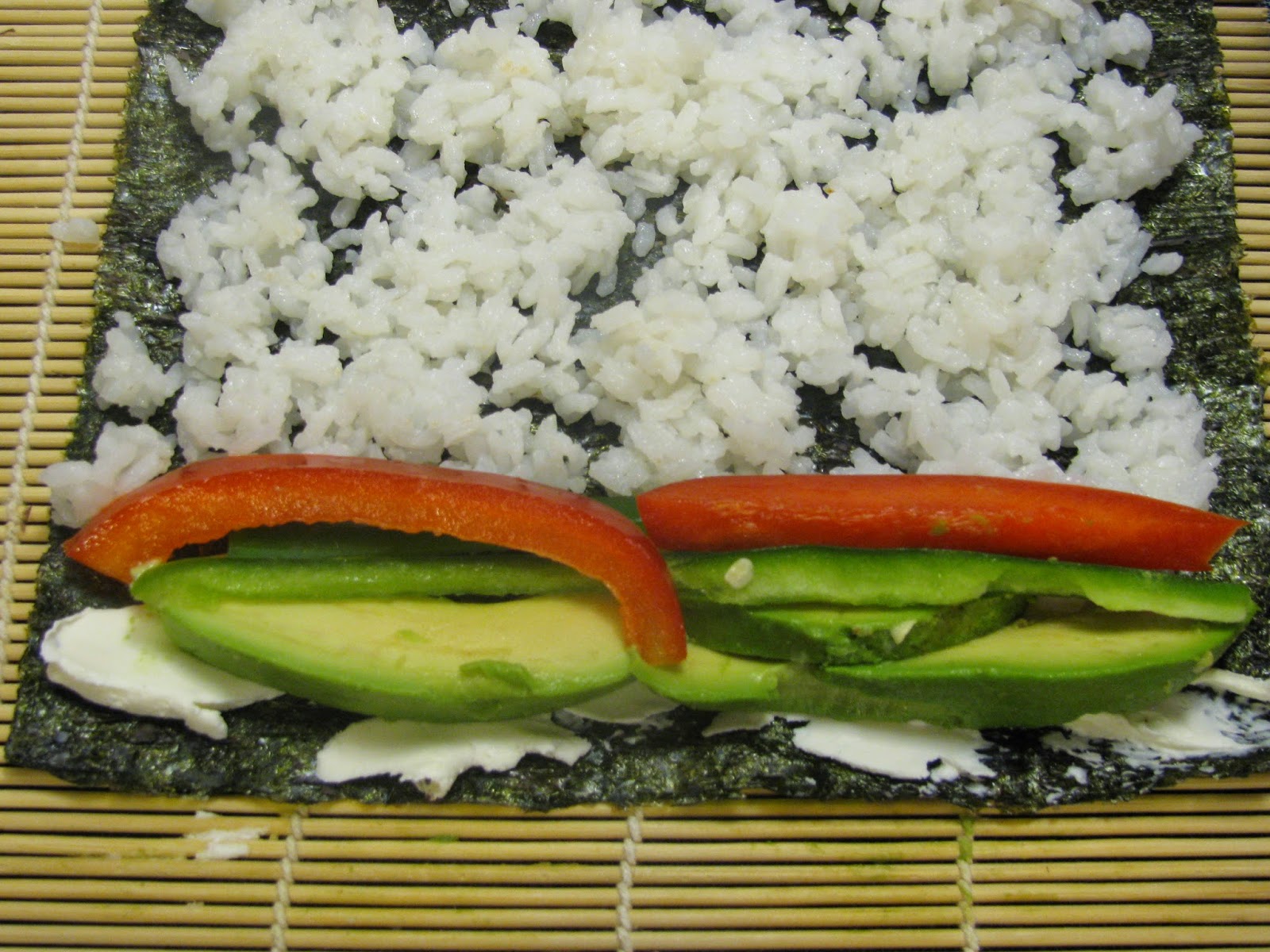 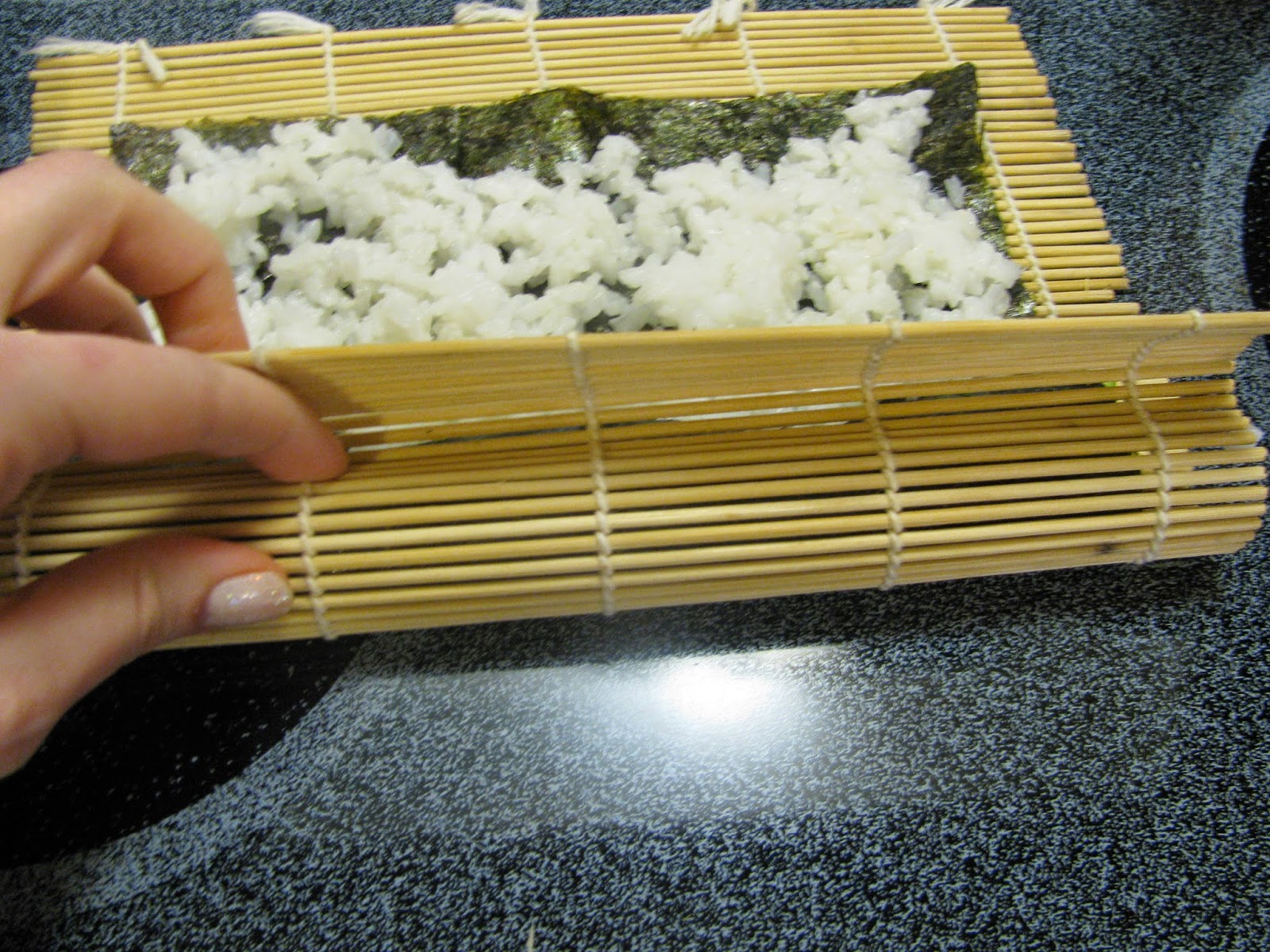 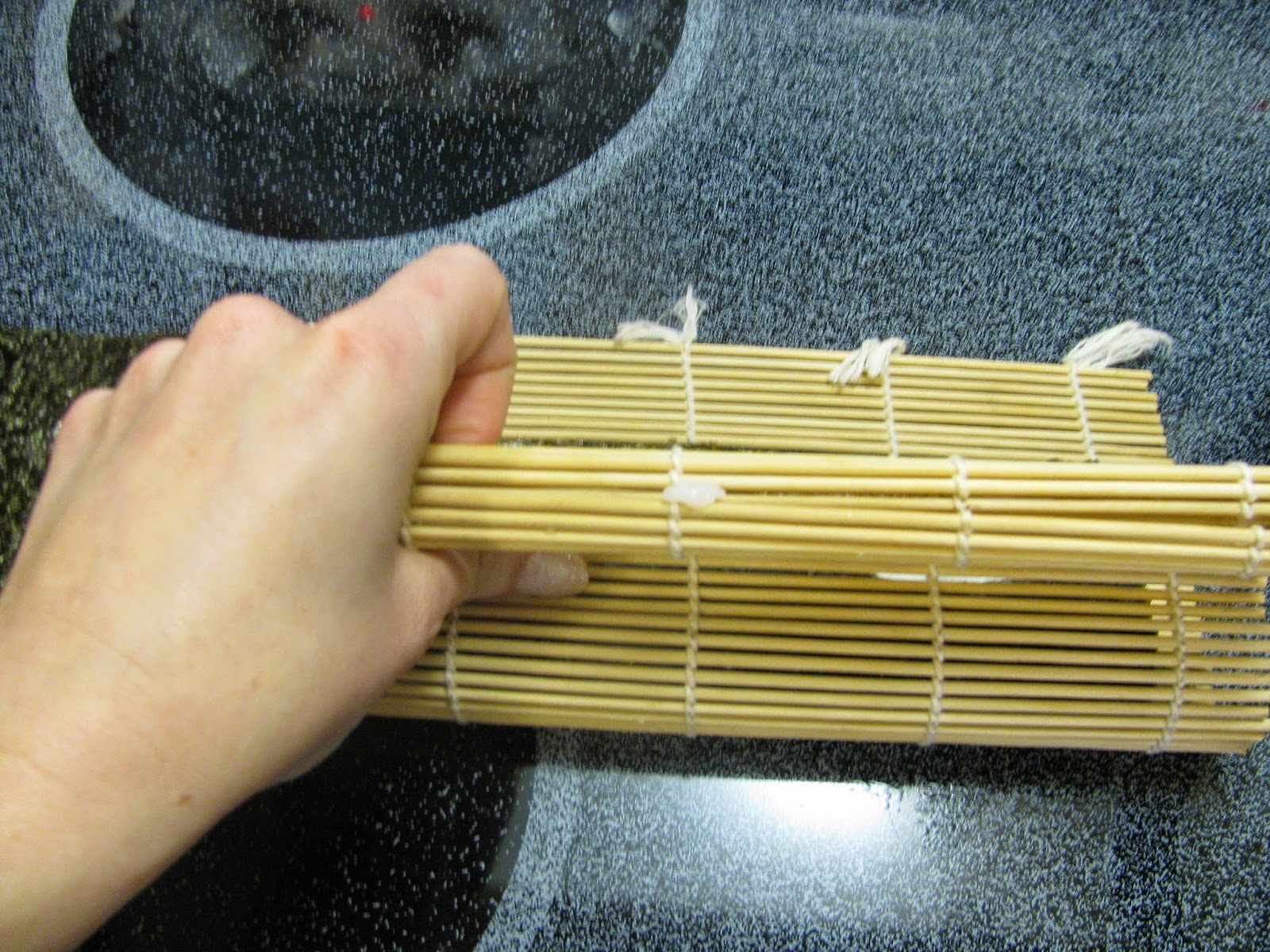 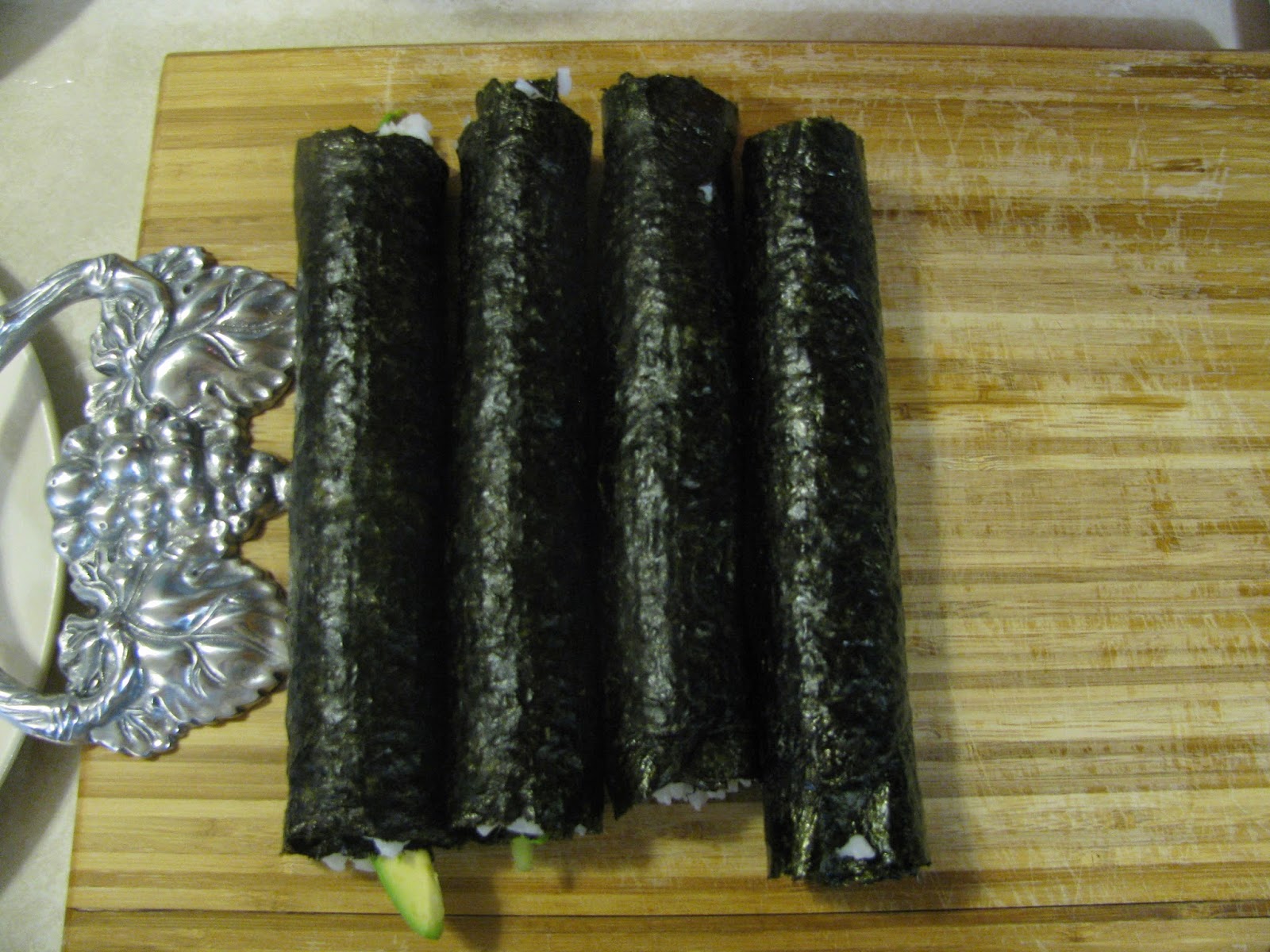 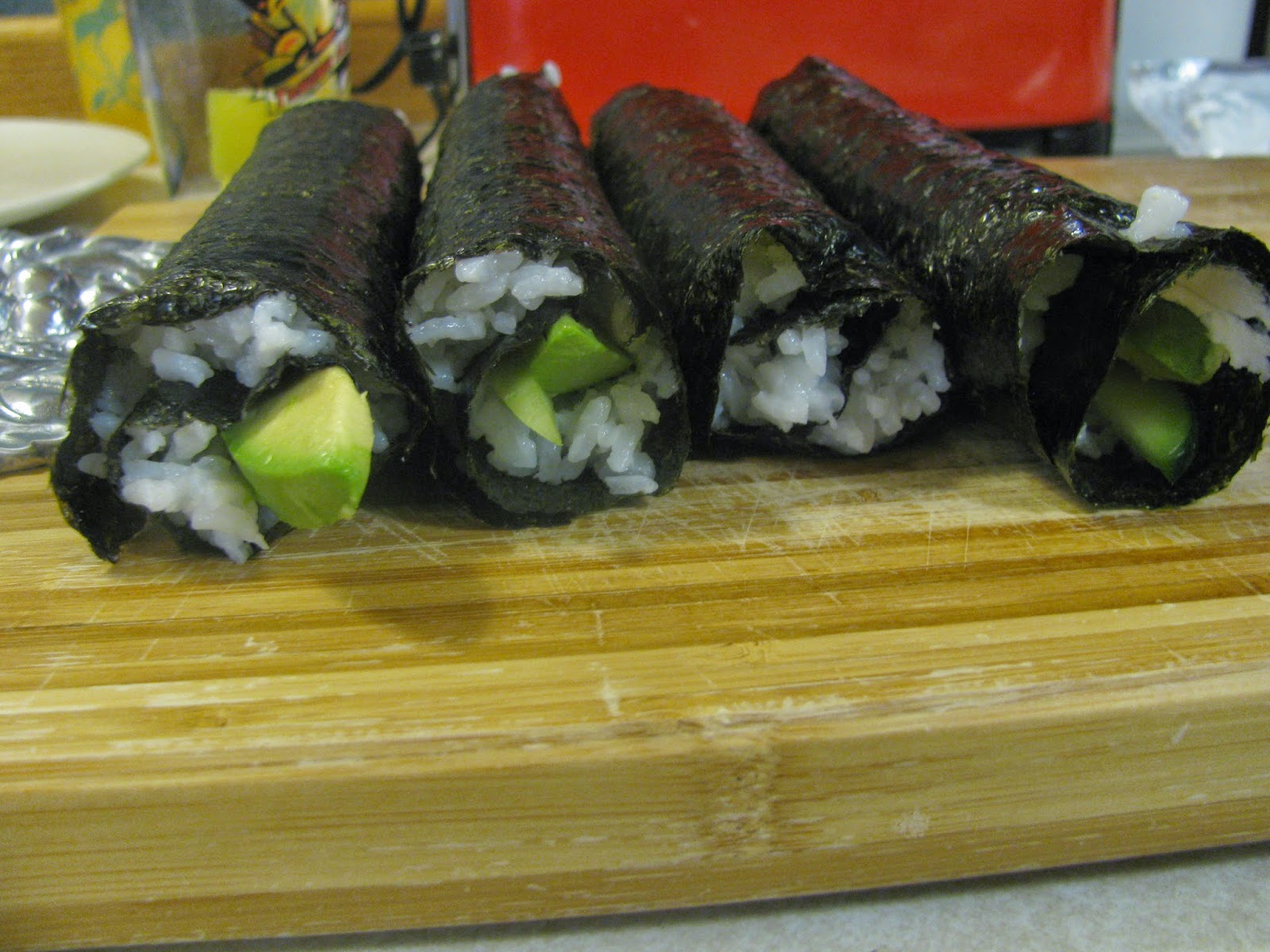 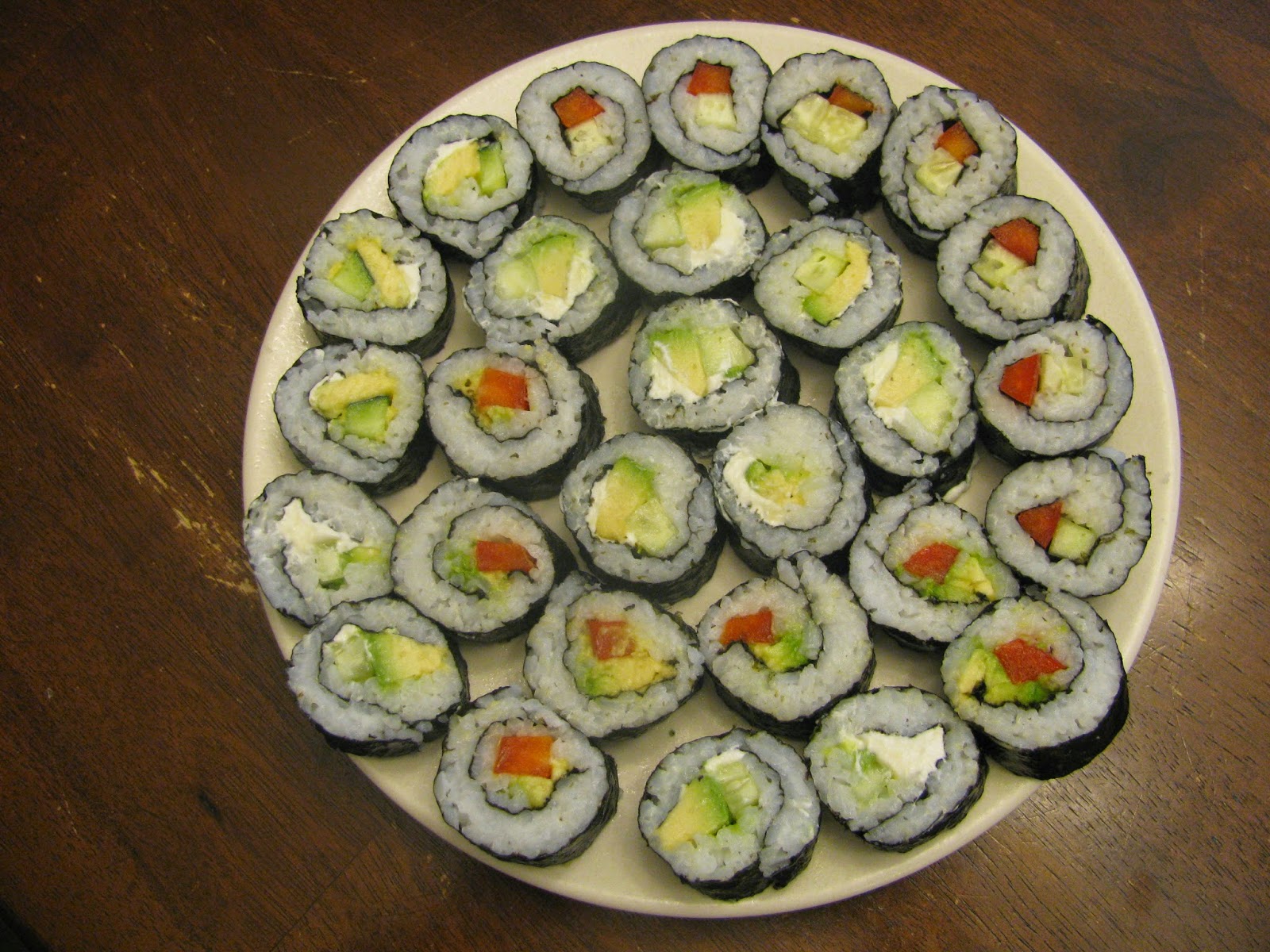 Whether you're having Easter brunch or dinner, this hashbrown casserole will work for either one. And it makes a TON. I served it as a side dish for my St. Paddy's potluck and had half a pan left to take to a small potluck the next night too. I love this stuff! I love the panko crust versus the cornflakes version. And the bonus is you can fry it up the next morning to make hashbrown patties for breakfast.... 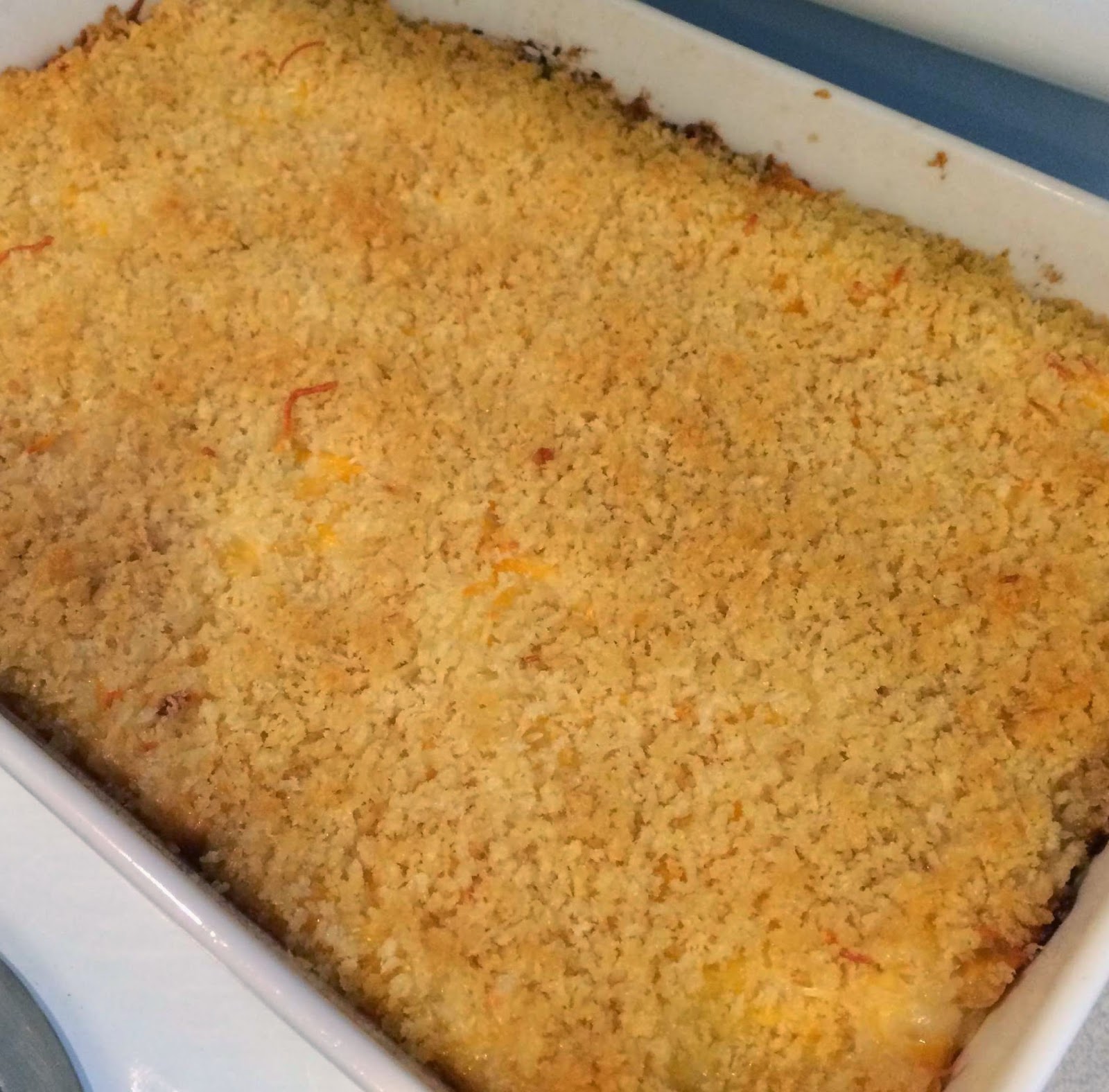 2. Melt 2 Tbsp. of the butter in a large skillet over medium heat. Saute onions, pepper and garlic in butter until the onions are transparent.

4. Place mixture into a greased 11x14-inch casserole dish. Mix the remaining 1 Tbsp. melted butter with panko bread crumbs and sprinkle over the casserole.

5. Bake in a preheated 350-degree oven for 45 minutes, or until casserole is bubbly and the panko crumbs are golden brown. 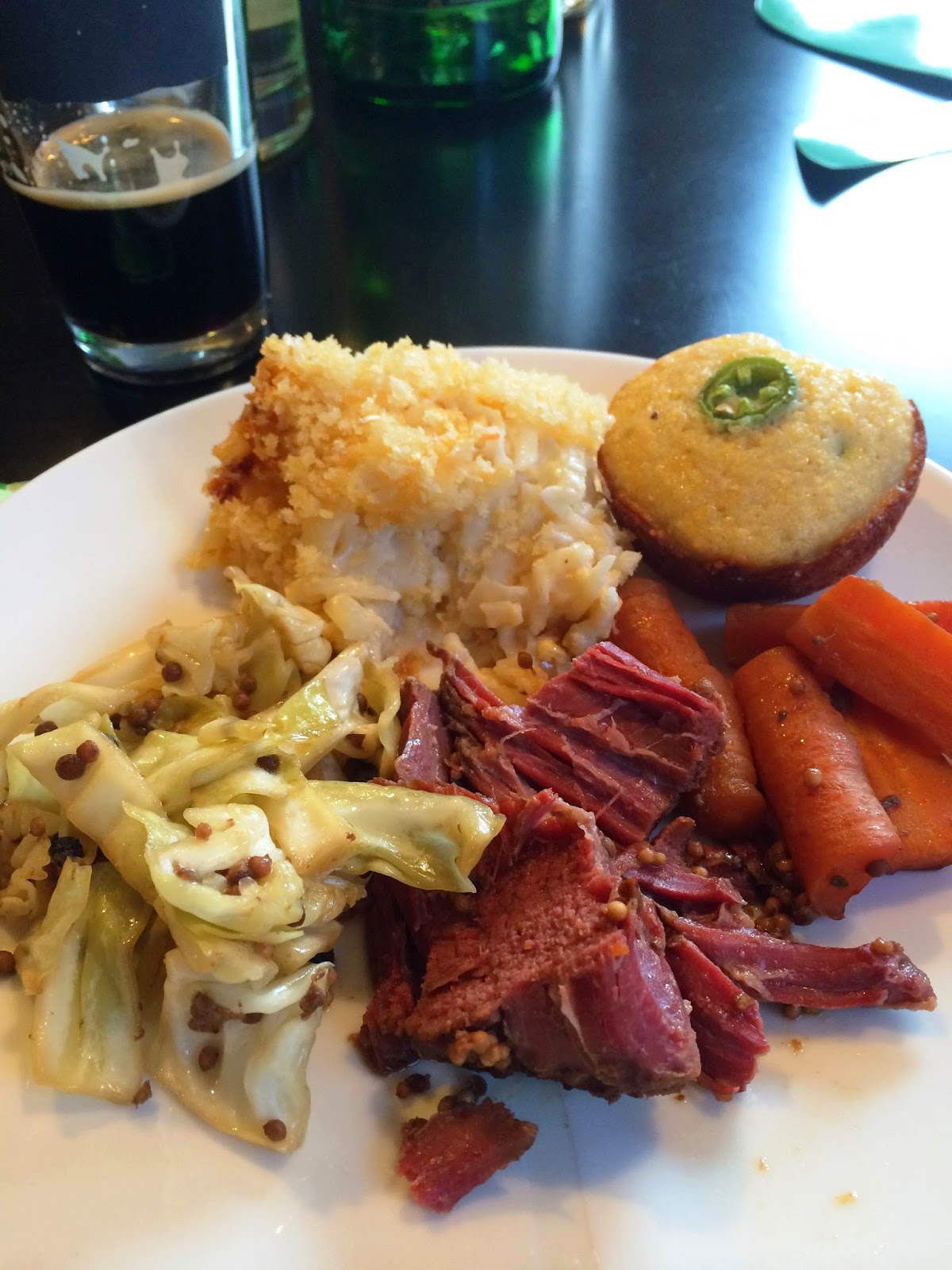 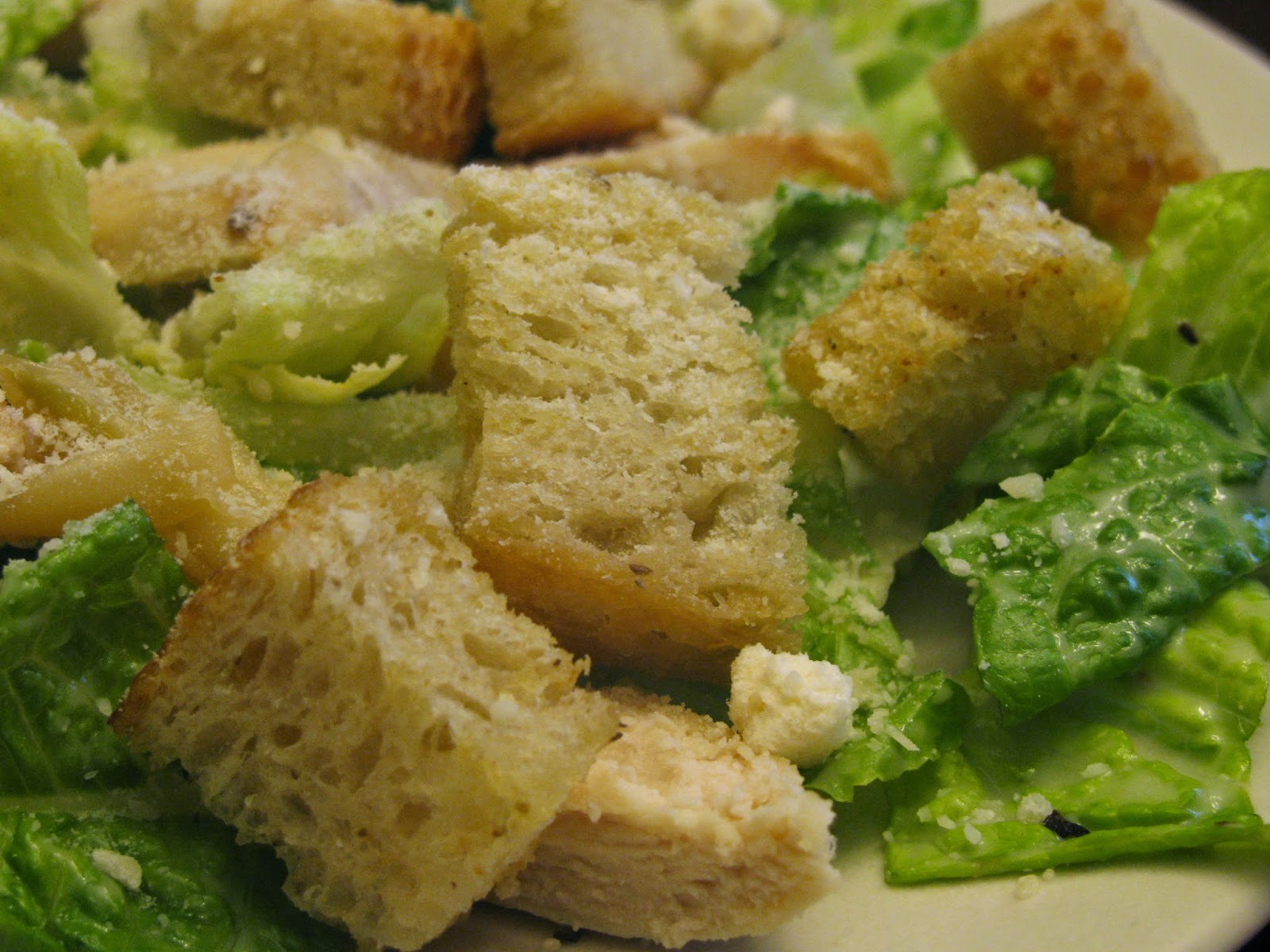 This recipe is for you if you a) hate store-bought croutons and think they taste like cardboard and b) like easy recipes and c) love salad.


This is dedicated to you Missy, who, in a recent spaghetti and salad post, confessed your dire hatred for pre-packaged croutons. And it's totally your style because it’s frickin’ e-a-s-y!


All you need is some good bread. French bread, sour dough, crusty wheat, whatever. This is the perfect thing to do with day or two old bread. Cut it into 1 inch cubes and throw them in a plastic baggie. Shake the bread cubes with a generous drizzle of olive oil, salt, pepper, garlic powder and oregano or parsley. Spread them on a baking sheet and bake on 350 until golden brown. (the only hard part is you can't get busy and forget to watch them like I did, below. Good thing I had extra bread!) Pull them out and let them cool and harden. These last for at least a week stored in a sealed plastic bag so you can use them all week in your salads.
To make the semi-homeade Caesar salad above, slice some romaine lettuce, roast some garlic (wrap a head of garlic in tinfoil and bake at 350 for 45 min, cool, then peel), add some grilled chicken, homemade croutons, a slice of lemon and toss with your favorite Caesar dressing.

I love me some meatloaf but it's one of the few foods I don't really love to have leftover. Like who really wants meatloaf two nights in a row? Or fish? Or probably a lot of things if I really think about it now that I'm thinking about it...

In our house, leftover meatloaf always becomes the meat in the spaghetti meat sauce for night two. And last night it happened again, but in a more spaghetti bake casserole type of way. It was delicious!

Bake 15 min. or until heated through. Let stand 5 min. before cutting to serve. 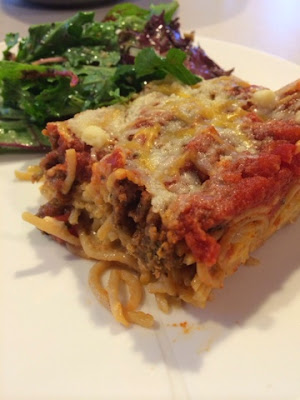 I don't really think my salad findings deserve their own post, but because we do have a simple green salad just about every night with dinner, I've found a few simple ways to keep it interesting. I've been going thru my pantry to find anything other than croutons for that added crunch. I don't even like croutons that much -- unless they're on some super gourmet salad from some super gourmet restaurant. If anyone has a lead on good croutons you can buy in a store that don't taste like cardboard, I'd love to know... So far, my favorite salad toppings include chia seeds (for the health nut), french fried onions (for the anti-health nut), slivered almonds or nuts of any kind, and my new favorite: boxed seasoned stuffing mix! And even though the stuffing mix is kind of like a bunch of smaller cheap croutons that I should hate, it totally works because they're tiny croutons that give you a crunch without that big bite of cardboard.