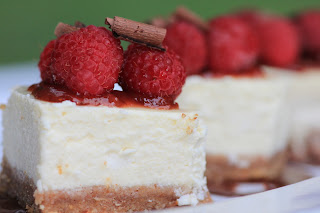 I was thrilled to make one last summer dish with the raspberries I picked in my mother-in-law’s yard (thanks, Molly!) before we transition into soups, pumpkin and all things fall. 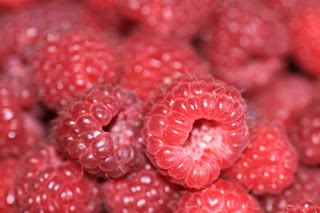 I was also very happy to see this recipe was for bars and not a “cake”. I’m a dessert person but sometimes a huge, rich, slice of cheesecake is just too much. Bars = forced portion control. Click here for September’s cheesecake recipe.

I’ve been wanting to find more sweet and savory recipes using cheese made from the milk of these cutie pies. Curtis met these guys while on a business trip. I have a thing for goats. And goat cheese. 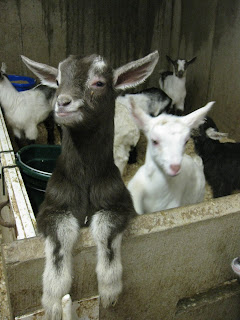 I did just that. Forget the reduced-fat Neufchatel; this was 100% goat cheese, my favorite Greek yogurt and delicious raw honey my beautiful Megs sent me from Savannah. 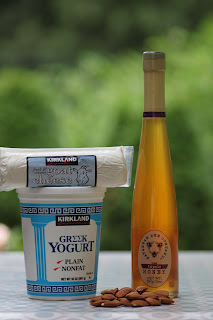 First obstacle I ran into is this recipe called for two racks in your oven. I only have one. Ghetto – right? Someday when my kitchen is renovated I’ll really appreciate all my top notch appliances and an oven with two racks! But I made it through by just filling two tiny bowls with water and putting them on each side of the pan while it baked.

For the crust, I used whole almonds (vs. sliced), melted the butter and added a few shakes of cinnamon. Like Missy’s, my cheesecake was ready to come out of the oven after 45 minutes.

The verdict? The goat cheese was yummy, but I’d love to do a side by side comparison because I’m not sure it tasted that different or was quite as adventurous as I thought it might be. This was a super easy, quick recipe to make and I agree with Missy, it turned out delicious and was not sugary sweet, but just right.

Isn’t this sweet? It feels like Valentine’s Day in September. 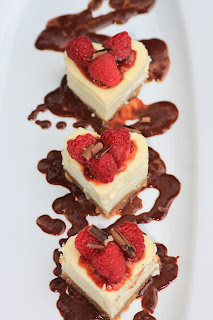 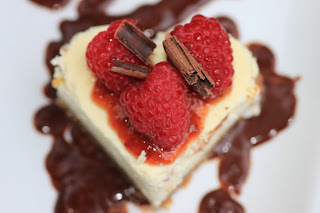 The leftover chocolate sauce was perfect on top of ice cream! 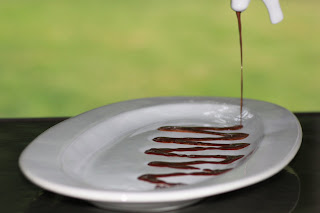 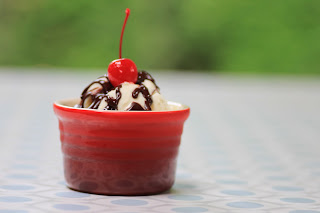 Put chocolate in a medium bowl. Stir cream and honey in a small saucepan over medium heat until mixture starts to bubble; pour over chocolate and whisk until smooth. Keep warm. (I just put all the ingredients in a double boiler and melted over very low heat, stirring constantly.) DO AHEAD Can be made 3 days ahead. Cover and chill. Rewarm before using.