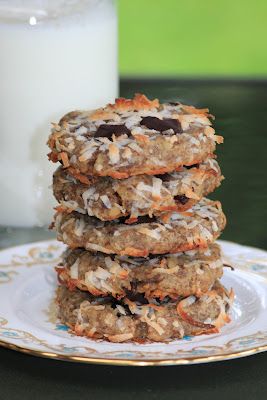 As soon as I read you can’t change this recipe up, I took it as a challenge. I do agree with Jolie – with baking it’s important to get the measurements and ratios right and some things need to be spot on. But with cookies you can always change things up a bit… and my goal was to do that while still sticking with the healthy theme (kind of).

I used half rice flour (because that’s the only gluten free flour I had on hand) and half regular flour. And like Jolie suggested half oat bran and half flax seed meal. I made the dough and made a few pans of cookies so I could taste the original recipe before I started messing with it. They were good, but honestly they have a very blah appearance.

With the rest of the dough, I added in some dried fruit and dark chocolate chunks. Because dark chocolate (70% or higher cocoa content), in moderation, has several health benefits – I learned all about it on the Theo chocolate tour. Since then I’ve taken that piece of info and run with it. If a new study comes out some day saying otherwise, please don’t tell me about it!

I buy these bars from Trader Joe’s and they were perfect for chunking up for cookies (and banana bread). 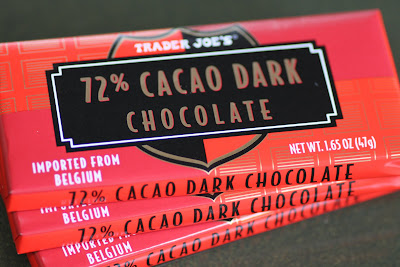 I had a $10 off coupon for PCC (a Puget Sound Natural Food Co-Op) so I had fun going up and down the aisles and picking out new things to try; Yogi Tea, a cheese cloth (to make homemade ricotta, we’ll see if that actually happens!) and this Coconut Manna. So I threw a few spoonfuls of the coconut manna in the dough along with some flaked coconut. And then I rolled the cookie dough balls in more flaked coconut before I baked them – just to make them pretty. A purist would say I defeated the purpose. But lucky for me, there aren’t any purists in my household! 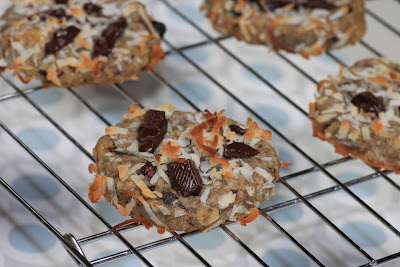 These cookies are good. Mind you, they’re not a replacement for my favorites like chocolate chip cookies topped with fleur de sel or a peanut butter cookie bursting with Reese’s Pieces, but for a healthy cookie, they’re darn good. I've been enjoying eating them for breakfast with coffee and in the afternoon before hitting the pool. I really liked the walnuts and the dark chocolate and coconut didn’t hurt!

My mom has been making this recipe for as long as I can remember and it really is the best banana bread. I’ve never veered from this recipe because I truly believe it doesn’t get any better than this. The important part is to age your bananas well and like Jolie said, throw in a handful or two of chocolate chips at the end. 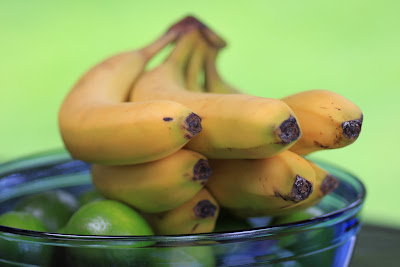 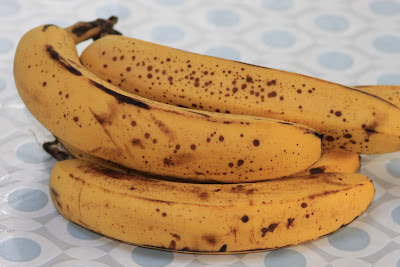 To a few weeks or so later, looking like this (perfect for banana bread!): 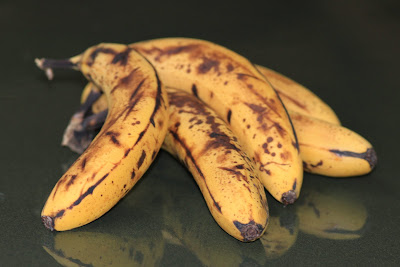 And because this is a place to try new things, with one loaf I took Michelle’s advice and added coconut in the batter. And with loaf number two I did zucchini bread meets banana bread by using one less banana and adding in two grated zucchinis. Sounds weird, I know. But let me tell you, it was moist! 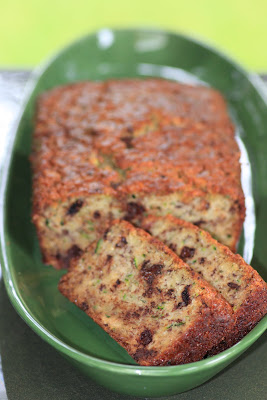 Curtis and I did a taste test and the verdict is that the original recipe doesn’t need to be changed, but out of these two he liked the coconut version best and I liked the zucchini. Honestly, both were yummy! 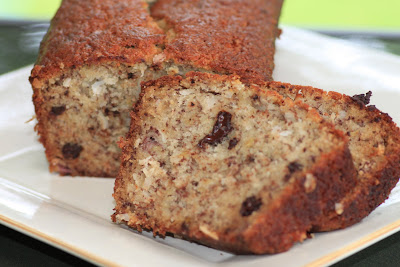 And since this post is already incredibly long winded, I’m going to keep going. I just wanted to give a shout out to Missy (and Melissa!) and her Thirsty Thursday post for Melissa’s Mojito. I made two mojitos on Thursday to go with our take-out dinner Curtis picked up L Taco and it literally took five minutes! Super easy and so refreshing – that’s my kind of weeknight cocktail! 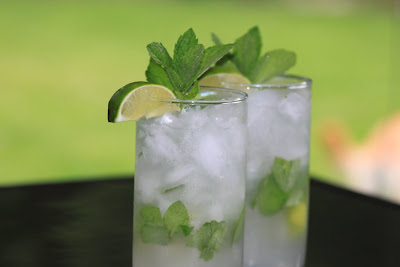 Posted by Emily Adamson at 2:54 PM