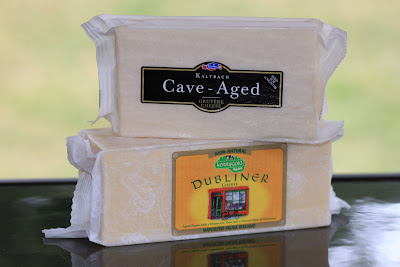 We’ll be in New York City for Easter, so I decided to make the April recipe for Au Gratin Potatoes sooner than later, since we won’t be having a traditional Easter dinner at home this year. And we may be skipping ham and scalloped potatoes for Easter dinner, but I'm not willing to skip Easter candy, so I'm counting on the Easter bunny finding us on the east coast!

Since this recipe is for “Irish potatoes,” we decided to relive St. Patrick’s Day one more time with Corned beef, cabbage, scalloped potatoes and grasshopper pie for dessert! And after that feast last night, corned beef two times in less than one month, we feel like we’re good on the traditional St. Paddy’s day dinner until March 2012.

My plan was to make this recipe as is, but we spent the entire day working in the yard; thatched and aerated our lawn, filled a sink hole and I cleaned out my vegetable garden so it would be ready for spring planting. Under all the weeds I found rosemary and chives so I thought it would be fun to throw a few extra herbs in the potatoes. 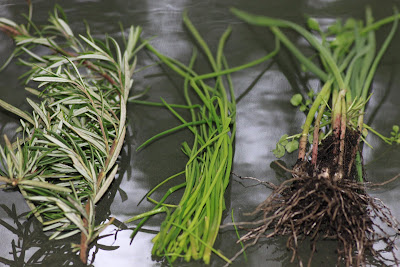 I started making the dish and realized half way through I wasn’t following the directions at all. Here’s what I did:

1. Peeled and sliced three russet potatoes in the Cuisinart (five would have been way too much for just the two of us)

2. Cut off a huge piece of both the Irish Cheddar and Gruyere and grated them in the Cuisinart - this was probably way more than 2 cups of cheese! I bought both the aged Gruyere and Irish Cheddar at Costco (where I buy all my cheese). The blocks may be big, but if you check out the price per pound compared to a regular grocery store, you’ll see that in most cases, Costco’s cheese is half the price per pound. Plus we usually have no problem eating our way through large blocks of cheese, so it’s not really an issue!

3. Melted butter at the bottom of the pan

4. Chopped about five cloves of garlic

5. Had my herbs (rosemary and chives) ready to go

6. Put a layer of potatoes on the bottom of the pan

7. Topped with salt, pepper, rosemary, garlic and the Gruyere cheese

8. Added another layer of potatoes

9. Topped with salt, pepper, chives, garlic and the Irish Cheddar

10. Poured 1% milk in the pan until it came about half way up (skipped the flour)

11. Skipped the foil (because I like it when scalloped potatoes get crispy on top) and baked at 400 for 1 hour.

I took the “sprinkle extra cheese” to heart and let me tell you, when the potatoes were baking we finished up our last little bit of yard work and could smell the garlic all the way outside. It smelled so good; I’ll never make scalloped potatoes again without fresh garlic! The cheesy, garlicy potatoes were delicious, this recipe is a keeper! 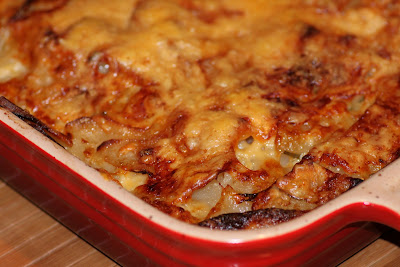 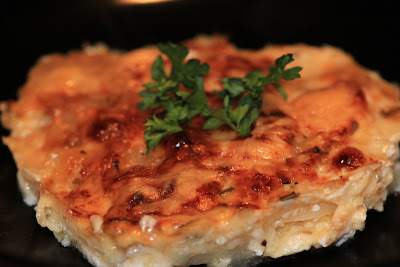 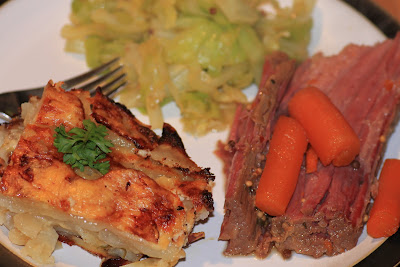 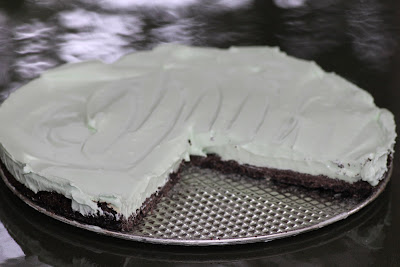