We went condo camping last weekend; basically we camped indoors in a cabin that wasn't furnished yet. Who needs furniture when you've got camping chairs and a fridge full of food?

Fellow Beauties, Jolie and Emily, and their families joined us there. Emily came for night 2 so she didn't get a chance to try my version of the potato dish that I made for night 1. But the rest of the crew gave it a great review. In fact, Jolie's 5-year-old gave his unsolicited opinion that went something like this: "I love these potatoes," followed by "Everyone who loves this dinner raise your hand," followed by "Everyone who loves this dinner raise both hands." I'm happy to report all hands were raised, and yeah, the potatoes were pretty delish.

The last time I tried a potato recipe for rosemary and blue cheese au gratin potatoes, I followed the recipe, adding just a bit more cheese than was called for and it was a crowd favorite. So I did the same here; little more cheese, little more garlic and voila. I forgot to get flour so I sprinkled a few tablespoons of seasoned bread crumbs just to see what might happen. Whatever it did, if anything, worked. I also omitted the milk and used only heavy cream.

I broiled it for the last few minutes to get a brown top and then let it sit for 10 minutes to let the cheese sauce harden. We served it up with grilled flank steak in balsamic and garlic marinade and a side salad.

But the most important thing I'm taking away from the April recipe is the lesson I learned at QFC: There is a fairly attractive cheese guy who can point you to the exact cheese you want, give you all kinds of beta about it and then offer to shred it right there for you. SOLD! I'll never shred cheese again!

If you need a reliable, yummy recipe for an Easter side dish, this is the one! But what made it so good? Was it the slightly crisp crust? 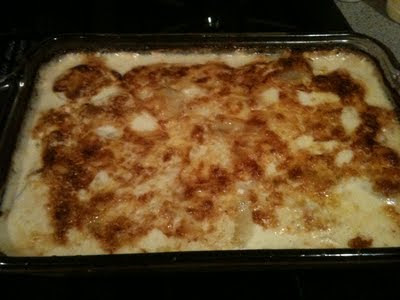 Or the locally-brewed beer shared with friends? 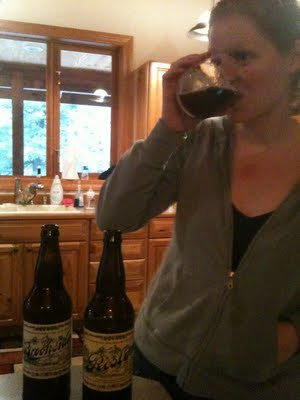 Could it be the fresh mountain air? 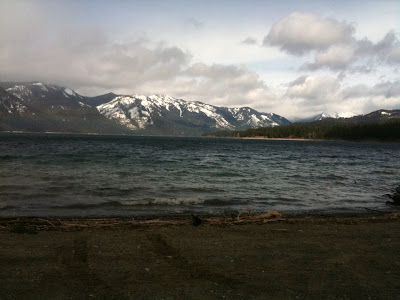 No. I'm sure it was the side dish of wine with trash mags. Done and done. 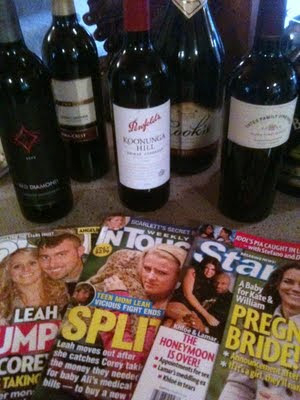 Email ThisBlogThis!Share to TwitterShare to FacebookShare to Pinterest
Labels: Missy