Woke up this morning, and smiled at the rising sun. 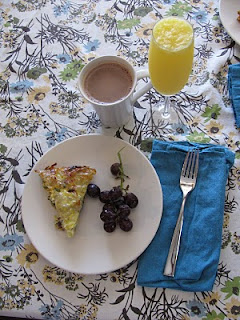 My sweet 3 1/3 year old helped me cook. By that I mean he pulled a chair up next to me as he often does, snacked on dry kix and played with his new monster truck on the counter as I cooked. I told him about the recipe and he helped me measure. My 1 year old slept in until 8. My husband had gone back to bed for a while. It was just the two of us. It was wonderful.


I named this post "A Melting Pie" because what I really wanted to name it was this: "A Shepard who met a Senorita who met a Swede who met a Frenchman who met a Superhero who met a rockin' Rastafarian."


The Shepard:
He makes a damn good pie. He calls for some good ingredients. I buy them.


The Senorita:
She realizes the bread I bought has already got mold on it (damn you Northwest!) and convinces me to use tortilla chips as the crust instead. Then, hey, why not throw in some black beans? And some jalapenos since you have those too...and some red pepper flakes? And so I did. And it was good.


The Swede:
My husband and I love our Swiss Mocha's. We brew some coffee, add a little cream and two scoops of Swiss Miss. Super trashy I know, but so delicious.


The Frenchman:
He is praised for the invention of the mimosa. 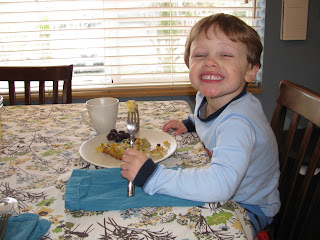 The Superhero:
You'll see here my wonderful sous chef has scratches all over his face. That came from a rowdy game of 'superhero' on the playground in which he and his friends all jumped in each other's faces screaming "RA!" with their claws out. Not sure I want to meet a superhero who does that. Looks like Ansen didn't either.


The Rockin' Rastafarian
Our breakfast made complete by Bob Marley in the background.


The Melting Pie
I love this world we live in; we get cultural inspiration from every single thing we do. And it was fun to take note of it on that wonderful morning when every little thing was going to be all right. 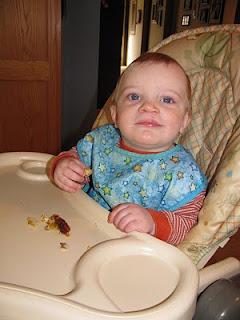