This ‘aint nuthin but a man meal, peeps. 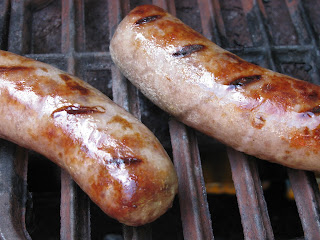 As far as I know, it’s actually a crime if you’re caught barbequing without a beer in your hand. But rest assured, this recipe takes your safety with the law to another level by adding beer to your BBQ.
BBQ Beer BratsAdd two cans of light beer to a big pot, throw in some raw brats, boil until they are a disgusting looking gray color, and then grill. We like these so much we don’t even bother with a bun and just stick our yummy bites of beer soaked juicy goodness straight into some yellow mustard. Simple as that. Oh, and you can also throw in a bunch of onion rings into the beer and cook them along with the brats, then add them to the top of your dog. 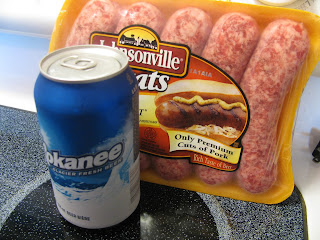 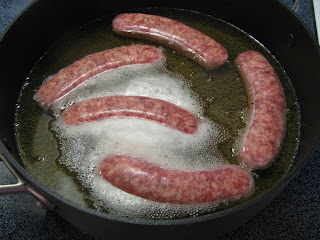 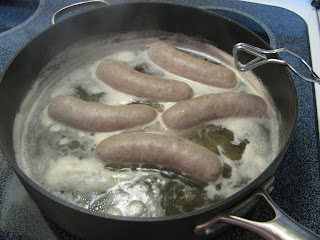 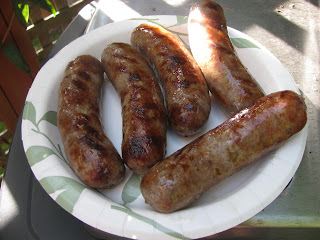 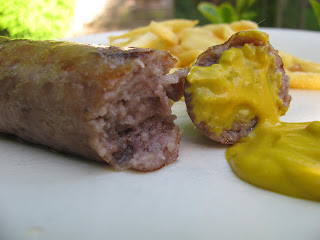