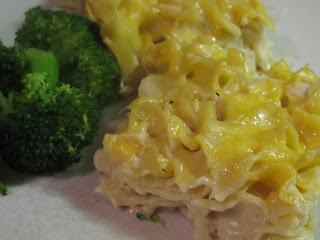 For Valentine’s Day this year I wanted to make something the whole family would love. This is a difficult task, as you have probably experienced in your own household. Someday I know my boys will be teenagers and will eat every single thing I put in front of them, even if they don’t like it. I can picture them coming home from whatever sports activity they’ve been at, sitting like stinky, hairy Neanderthals at the table, all hunched over their food and ravenous. I will not be able to make enough food for them then. I will spend every day at Costco because they will be capable of singe-handedly eating an entire box of Honey Nut Cheerios with an entire gallon of milk.

Until that day comes, though, each night when I yell, “Dinner’s ready!” my young boys sneak timidly up to the table, close one eye and cautiously peer over the table's edge to catch a quick glimpse at what I’ve put on their plate. I watch their faces carefully in this moment. They will either fall or rise. I will hear an “I hate this!” or “I love this!” and I’ll let you guess which one happens more often.
Anyway, my wonderful mother-in-law Beth makes some really delicious food. She makes this dish called Rice Crispy Chicken which my husband asks for every year on his birthday. But I’ve stopped making it for him because it’s never the same despite me having followed the directions precisely. The only recipe of hers I have been able to perfect is this one: Tuna Noodle Casserole. Because even a non-culinary genius can master a recipe as easy as this. In fact, it’s the one recipe my own mother asks for every time she comes to visit me! And the kids love it. It’s one of those dishes where you wish you were the only one home so you could eat the entire thing and no one would ever know. It’s that good.
I’d like to thank the 1950’s housewives who invented this recipe. If you’re wondering how I know it was them, just check out the ingredients below. 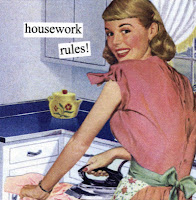 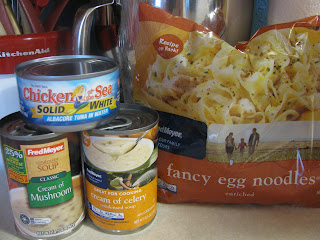 Directions
Boil noodles according to directions. While noodles are boiling, drain tuna juice and give to your cat. 'Cause you like to reward the annoying behavior that ensues each time you pull out the can opener. 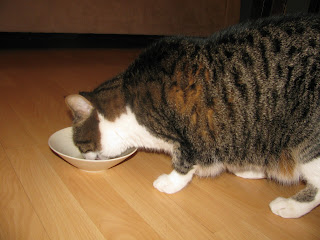 Put the tuna in a casserole dish and mash up. Add pepper. 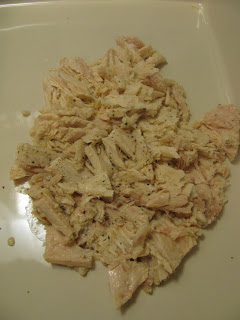 Add cream of celery and mushroom soups and fill one of the empty cans with milk and pour that in too. Mix together. 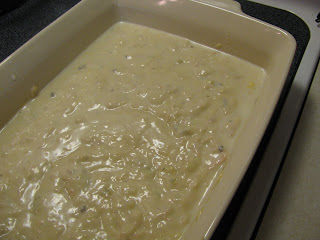 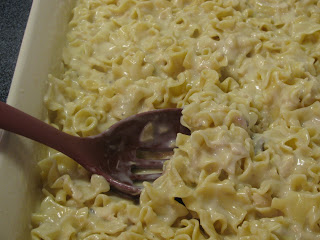 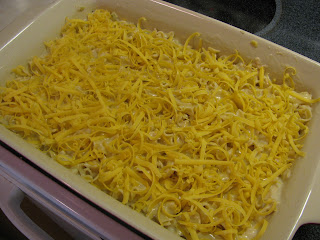 Bake at 375 degrees for 30 to 45 minutes or until cheese is bubbly. Sometimes I turn the broiler on to get it extra crispy. 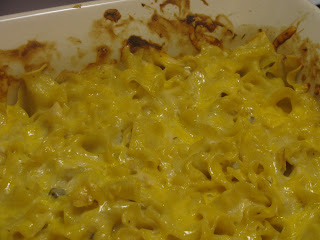 These are the yummy cupcakes I bought for dessert in celebration of Valentine’s day. They’re from Icing on the Cake – my favorite cupcake place in Bellingham. I bought two Red Velvet cupcakes since they are my favorite and I thought it would increase my chances of actually having one. Each neanderthal took one. Sad face. 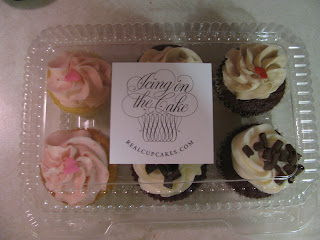 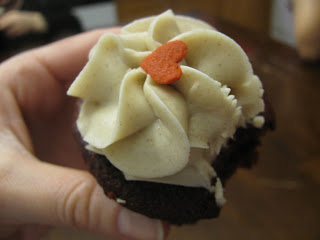