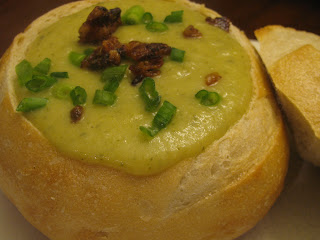 Ok, here’s the thing: I LOVE any kind of soup that has the word ‘creamed’ in it. But I feel like that word kinda gets a bad rap. I mean, just because it says ‘creamed’ doesn’t necessarily mean there’s actual cream in it, right? In my definition, a creamed soup simply speaks to the texture. It means it’s like, creamy, in like the sense that it’s all soft and the ingredients are like, creamed together. Are you following me? What I’m basically trying to tell you is that there is no cream in this creamed soup. It is semi-good for you. Sorry. But I swear you won’t miss the cream in it. I swear. Try it. Ok?
This is one of my very favorite recipes that I made up all by myself, so I’m particularly proud of it. It is so simple, has really great and healthy ingredients and also allows you to play with some yummy (and possibly unhealthy) toppings. And you can put it in a bread bowl too. I mean, really.
Cream of Potato Broccoli Cheese Soup
Ingredients:
1 tablespoon butter
1 leek, chopped
4 potatoes, peeled and cut coarsely
1 head (or bag) of fresh broccoli cut coarsely
1 head of cauliflower cut coarsely
6 cups of vegetable broth
2 cups shredded sharp cheddar cheese (reserve for the end)
Salt and Pepper to taste
Directions
In a large pot, melt butter and throw in chopped leeks. 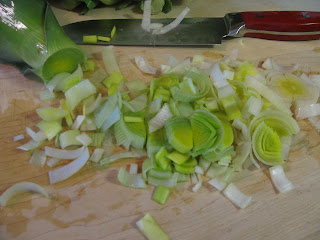 Add a healthy pinch of sea salt and pepper. Cook leeks in butter for a few minutes (the smell will intoxicate you; it is sweeter and more subtle than an onion) .... 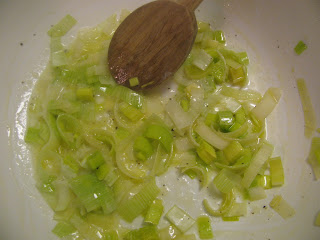 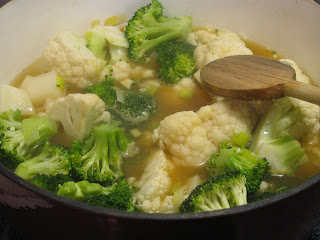 After soup has simmered, cream it, baby.  I’ve been making creamed soup ever since I got this little beauty for my wedding seven years ago. It's like a hand-held blender. Just stick it into the pot turn it on. Magic. Creamed soup in a jiffy. Or creamed mashed potatoes. Or, whatever. If you don’t have one of these, though, it’s ok. A hand-held mixer would do. You could even mash it all up by hand with a potato masher if you were either desperate or happen to be a college student. 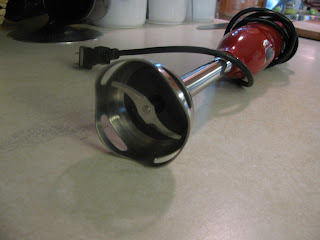 dd cheddar cheese a little at a time and melt. 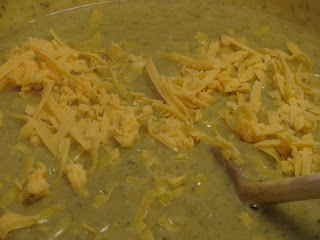 I like this soup in a bread bowl. To do it like I do, buy mini sourdough bowls from the store, cut the top at a diagonal all the way around, and then push in the sides with your fingers. Bake at 350 degrees for 7-10 minutes just until warm. 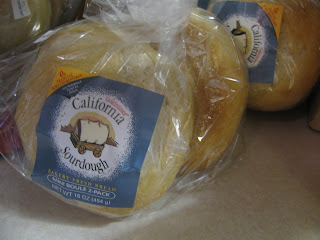 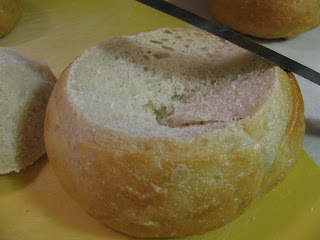 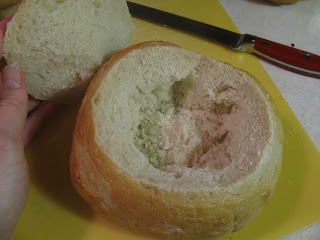 Serve soup topped with your favorite garnishes – I love bacon and green onions. I also think Kale Chips would be good on top, for those of you who are vegetarian, in which case shield your eyes from the bacon-food-porn below. 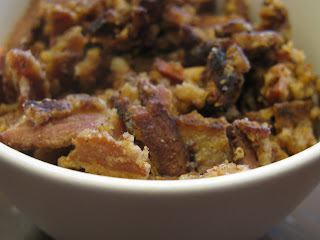 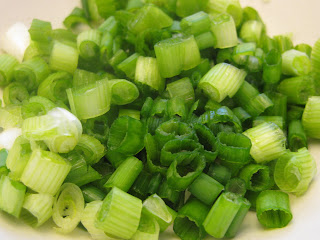 We had our friends Kiersten and Michael over for dinner and they made a super yummy salad to go along with it. It had tomatoes, edamame, feta and corn. Yum.

I will be mad at you if you don't try this because I just won't understand why you wouldn't eat something so delicious that also happens to not have cream in it. 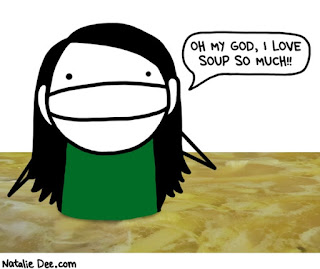