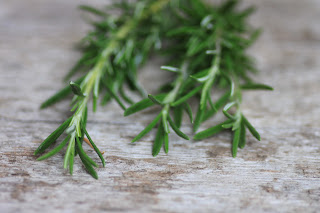 I had no idea how much fun this new “secret ingredient” concept for Beauties and the Feast would be. I know I’m a big dork, but every month I get seriously excited and have anticipation waiting for the new ingredient to be revealed. And when I watch Iron Chef America and Chopped, I take note of the ingredients they use and recipes they create, stocking away ideas. I know, maybe I should get a life, but my life and hobbies revolve around being in the kitchen, so this is really fun for me!

For the past five months I’ve been brain storming and making a list of ingredient ideas so when my turn to choose the ingredient came up, I’d be ready. But who knew it would be so hard to pick!? It’s a lot of pressure to pick the ideal ingredient that’s seasonal, will result in six or more good recipes, will be exciting, yet not so tough that it deters people from wanting to cook with it.

My first choice was to pick chives because  I specifically wanted to make this recipe for savory chive brioches. But the more I thought about it, the more I realized chives are really more of a garnish and not the star of most dishes. And I could make the brioches anyway. And I did. And they were delicious. 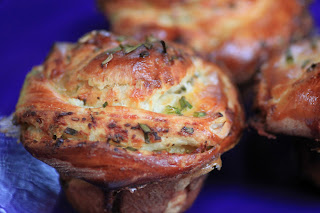 Then I decided on another, more jazzy ingredient, but I’m not going to tell you what it is, because I may save it for round 2.

I was a little hesitant to pick rosemary because it’s green. I thought I should mix it up since we’ve already had kale and artichokes as featured ingredients. But then I thought of all the dishes you can make using rosemary ranging from savory meat dishes and appetizers to sweet desserts and of course, cocktails! You really can’t go wrong! Here’s a recipe for my favorite savory rosemary biscuits (especially divine when spread with copious amounts of honey butter!) and my mom makes a rosemary caramel that’s to die for. And we all remember Jenny’s recipe for Rosemary Greyhound Martinis, now one of my favorite cocktail recipes! 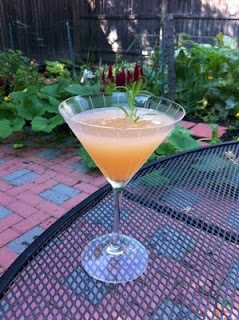 And since my herb garden is overflowing with rosemary, I can’t wait for a collection of new recipes to try. 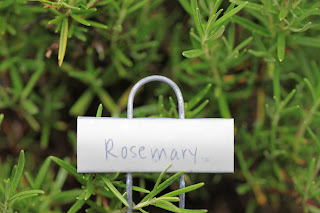 Here are a few fun rosemary facts:
• Rosemary is a member of the mint family
• It can live without being watered as long as it’s in a climate near the sea with enough humidity in the air
• Rosemary is said to improve the memory
• Folklore: In the middle ages rosemary was a love charm. Newlywed couples would plant a branch of rosemary on their wedding day. If the branch grew, it was a good omen for the union and family.

Posted by Emily Adamson at 7:49 AM