A New Challenge for Beauties and the Feast

It has officially been a year since the six of us started this virtual recipe club called Beauties and the Feast in which one of us would choose a recipe of the month and the rest of us would try it and post about it.  But since it's a new year and we want to keep things fresh, we thought we'd try a new theme for 2012.

Each month one of us will unveil a secret ingredient and challenge the others to use it in a recipe, sort of like Iron Chef.  All six of us will make a dish containing that ingredient and then post the recipe with pictures and our, now sort of famous, candid commentary.  While we won't likely be using Sea Urchin or Quail Eggs, I can promise a good time, yummy food, lots of laughter and yes, that's right, 6 recipes a month instead of one!

"So now, with an open heart and an empty stomach, I say unto you in the words of my uncle: Allez cuisine!" 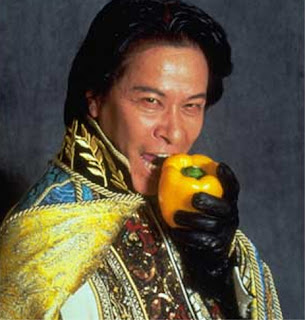 Missy's recipe for Penne with Butternut Squash and Goat Cheese
Posted by Amber A at 9:29 AM