Puttanesca - A comedy of errors

It was my recipe, you know. But man, I did my best to mess it up!
First of all, I bought sardines instead of anchovies. I could have sworn the package said anchovies at the store! If it wasn't for my brother James, dinner would have been ruined. He ran out to get the real thing while I turned the pasta water to low. I refilled the wine glasses.
Secondly, I tried to chop all the diced tomatoes (to make them finer, you know?) and I got sauce literally all over the counter.
Next, I opened the package of noodles only to have the bottom of the package open up and spill the noodles all over the counter, still with the sauce all over it. 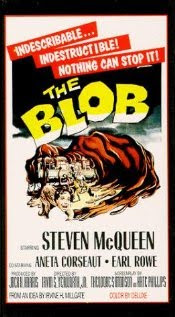 Then as I was draining the noodles into the colander, a couple of wayward noodles started to go down the drain. And instead of separating from the group as they should have, they started to pull the others with them. Like THE BLOB all the noodles started to get sucked down the garbage disposal. At this point I think I heard an "Oh Dear" from my father as he walked in to re-fill his glass of wine. At least there was wine.

In the end, it tasted divine! I saved just enough noodles from disposal disaster. After dinner, though, I fished them all out (I had a flashback of sticking my 8 year-old hand into a mystery bin labeled "brains" at a Halloween party) and put them into the pot in the sink. Thank God I caught my mother just before she swooped past the sink and scooped up the noodles for one last bite. "Don't eat those!" I yelled. "It's OK," she said as she moved them closer to her open mouth. Then I yelled, "they've been in the GARBAGE DISPOSAL!" Well, that did the trick. She didn't eat the noodles but I almost gave her a heart attack. My poor mother.
My poor family, really. Between my brother going out to the store last minute, my dad being frightened by the scene in the kitchen and my mother almost eating garbage disposal noodles, I'm surprised they're still supporting this blog. I love you guys. Seriously.
Posted by Amber A at 4:27 PM